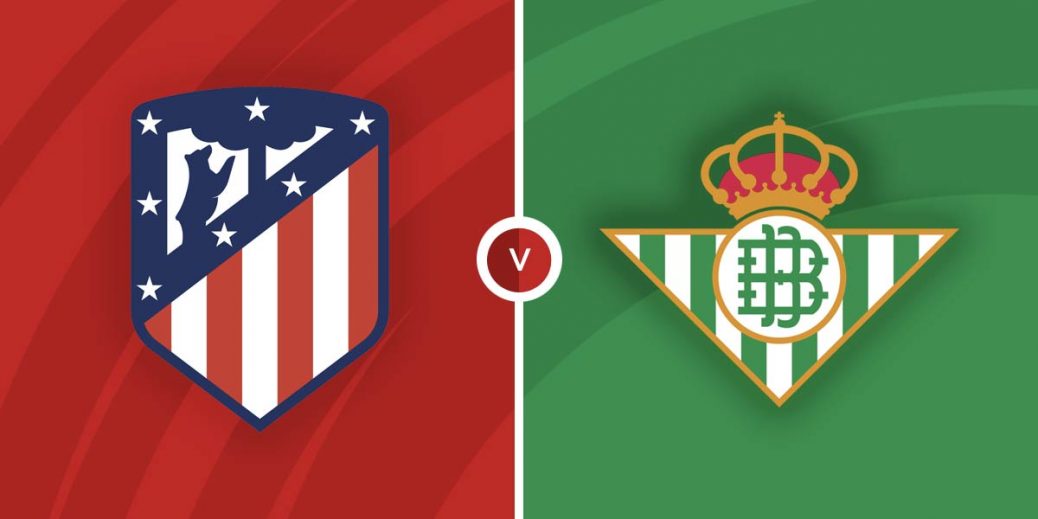 Snapping out of a recent slump will be the target for Atletico Madrid as host Real Betis in a Spanish La Liga clash. Betis have been one of the more impressive teams in La Liga this season and have the quality to make things difficult for Atletico.

Atletico Madrid's title defence has not started on the best note as they are in danger of being cut adrift from the leading group in La Liga. The champions have dropped to sixth on the table, five points behind surprise leaders Real Sociedad.

Manager Diego Simeone will be keen to quickly turn his team’s fortunes around after seeing them fail to win in their last three matches across all competitions. Following a 3-2 home defeat to Liverpool in the Champions League, Atletico Madrid have been held to consecutive 2-2 draws in La Liga by Real Sociedad and Levante.

The problem for Atletico Madrid is that they appear to have lost their trademark defensive solidity. Seven goals conceded in three matches across all competitions is a sign of a vulnerable backline while they have also kept just one clean sheet in their last five La Liga matches.

Real Betis have been one of the surprise teams in La Liga this season and are challenging near the top of the table. They have lost only once in their last eight matches and are just three points off the pace.

Betis are in good form and travel to Atletico Madrid off the back of three straight La Liga wins. Manuel Pellegrini’s men eased to a 4-1 victory over Valencia in their midweek fixture with Borja Iglesias netting a brace.

Like Atletico, Real Betis have also struggled defensively this season and summer signing Youssouf Sabaly, who was brought in to shore up the backline, is yet to play due to injury. They head into Sunday’s clash with just one clean sheet in their last six matches across all competitions.

Despite their recent struggles, Atletico Madrid are still considered overwhelming favourites among the bookies at 3/5 with SBK. A victory for Real Betis is priced at 27/5 with Unibet while a draw is set at odds of 3/1 with SBK.

Atletico Madrid have won three of the last four matches against Real Betis. However, the most recent meeting between both teams was a 1-1 draw in La Liga back in April.

Strikers Luis Suarez and Antoine Griezmann have both been among the goals for Atletico Madrid in the last few matches and could be worth keeping an eye on. Bet365 has Suarez at 6/5 to score anytime while betfair is offering 15/8 on Griezmann in the same market.

Borja Iglesias is coming off a brace in his last appearance for Real Betis and could be backed to find the net on Sunday at 21/5 with Unibet. Fellow striker Juanmi has scored in his last two matches and is priced at 11/2 with Paddy Power.

Atletico Madrid and Real Betis have struggled at the back this season and having produced BTTS in their last meeting in April, a similar outcome could be on the cards at 15/13 with Sport Nation.

There have been over 2.5 goals in four of Atletico Madrid’s last five matches and a repeat is priced at evens with betway. There are also likely to be goals in both halves at 4/5 with Paddy Power.

This La Liga match between Atletico Madrid and Real Betis will be played on Oct 31, 2021 and kick off at 16:15. Check below for our tipsters best Atletico Madrid vs Real Betis prediction. You may also visit our dedicated betting previews section for the most up to date previews.