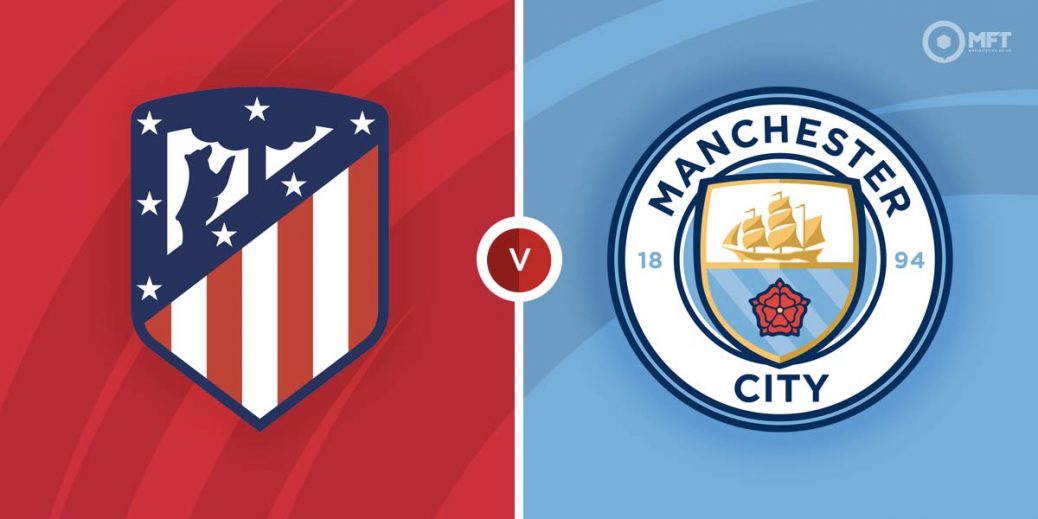 MANCHESTER CITY jump from one massive heavyweight clash to another on Wednesday when they take a slender lead to Spain to face Atletico Madrid.

Pep Guardiola's side had to settle for a point against title challengers Liverpool on Sunday in what was a fascinating encounter.

But the Champions League is the one that's got away for City and is arguably even more important than the Premier League title for them.

To get to the semi-finals again, they will have to defend a 1-0 lead against grizzled streetfighter Diego Simeone's side.

You can practically feel the Argentinian's relish from here at the prospect of eliminating Manchester City in what could very well be a tense night in Madrid.

The Spanish champions have had a poor season defending their crown and are currently a distant 15 points off rivals Real Madrid in fourth place in La Liga. But as neighbours Manchester United found out in the last round, you should never write off a Simeone side, after they won at Old Trafford following a first leg draw.

However, Atletico warmed up for the clash with a woeful 1-0 weekend defeat at Mallorca and curiously, have yet to actually win a game in the Champions League this season at the Wanda Metropolitano after two draws and two defeats.

Manchester City are 5/6 favourites with SBK and the hosts are 21/5 outsiders with Unibet. The draw is 27/10 with BetVictor.

The Etihad side are huge 1/7 favourites to qualify with SBK and Atletico are 8/1 to reach the last four with Unibet.

City had to wait until late on before finally breaking down Atletico in the first leg as can be seen below. That remains the only time these clubs have et in Europe.

Antoine Griezmann could really do with a goal. That weekend loss at Mallorca was the 11th game in a row for club and country he's failed to find the target. But he's surely better than that and is a tempting 4-1 with Betfred to score anytime.

Kevin de Bruyne was the difference in the first leg and the Belgian playmaker was also very much in the mood against Liverpool on Sunday too. He is 3/1 with Paddy Power to net in the Spanish capital.

Manchester City have enough about them to withstand a hostile atmosphere and they can even win here against a side who have trouble scoring.

Reputation apart, there's nothing for City to be afraid of against an Atletico side who have come nowhere near the heights of last term. If troubled neighbours Manchester United can come here and get a 1-1 draw, you'd like to think City can win and that's the call.

Despite home advantage, City are likely to have most of the ball and can rack up the corners. In the first leg, they won it 9-0, but you would expect the home side to add to that this time, therefore the over 9.5 corners at 19/20 with Unibet appeals.