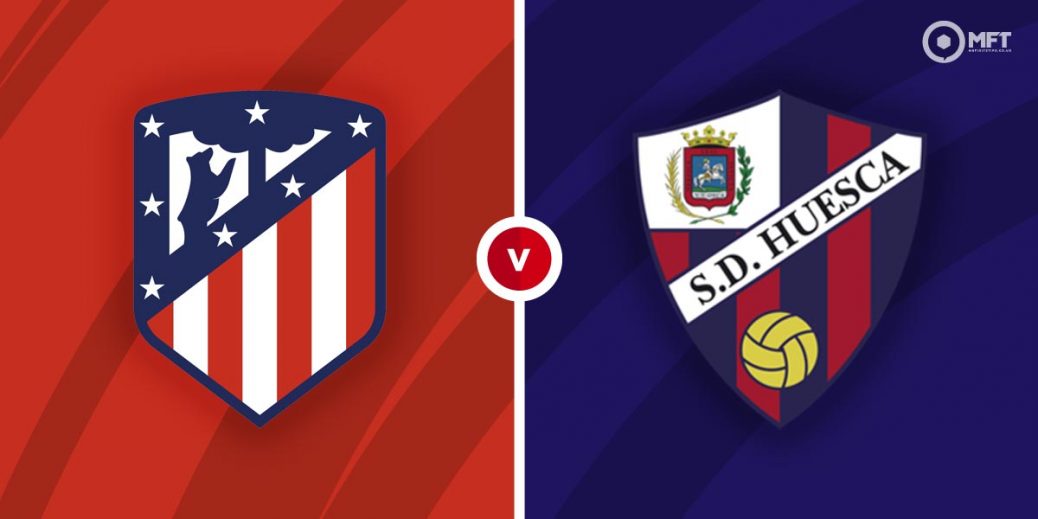 Atletico Madrid are seeking their fourth straight home win in the Spanish La Liga as they welcome Huesca to the Estadio Wanda Metropolitano. They have regained the advantage in the title race and should ease to victory on Thursday.

Atletico Madrid are coming off one of their biggest La Liga wins of the season with their 5-0 thumping of Huesca last time out. Angel Correa and Marcos Llorente both scored braces while Yannick Carrasco was also on target.

It was a much-needed win for Atletico and with Real Madrid dropping points at Getafe, they have now been handed back the advantage in the title race. They are three points clear at the top of the table and can clinch the title with victories in their remaining fixtures.

Diego Simeone’s men head into Thursday’s match off the back of three straight home wins. They have also rediscovered their defensive touch with clean sheets in their last two matches at the Wanda Metropolitano.

Huesca suffered a 1-0 defeat to fellow strugglers Deportivo Alaves last time out. They struggled to create clear cut opportunities and finished with just a single attempt on target.

It was a major setback for Huesca who had won their previous two matches and were looking to go on a run in a bid to escape relegation. They are still outside the bottom three but are now level on points with 18th place Real Valladolid who have a game in hand.

Pacheta’s men have a poor record on the road and have claimed just one win in their last five away matches.

Atletico Madrid are overwhelming favourites among the bookies with Unibet offering 2/5 for a home win. A victory for Huesca is valued at 19/2 by betfair while a draw is set at odds of 39/10 by Vbet.

Atletico Madrid have never lost to Huesca, with two wins and a draw from three previous matches. Both teams played out a 0-0 draw in the reverse fixture back in September.

With top scorer Luis Suarez still out injured, Angel Correa will be the one to watch for Atletico Madrid. The Argentine forward netted a brace last time out and is priced at 43/20 to score anytime.

After a few stumbles, Atletico Madrid appear to have rediscovered their defensive touch with clean sheets in their last two home matches. As expected, Jose Gimenez and Mario Hermoso have been pivotal in that run and will be hoping for a repeat at 81/100 with Sporting Index.

Atletico Madrid’s solid defensive record means a win to nil could be on the cards at 21/20 with Sporting Index. A -1 handicap bet is also worth considering at 13/10 with Sport Nation.

This La Liga match between Atletico Madrid and Huesca will be played on Apr 22, 2021 and kick off at 18:00. Check below for our tipsters best Atletico Madrid vs Huesca prediction. You may also visit our dedicated betting previews section for the most up to date previews.