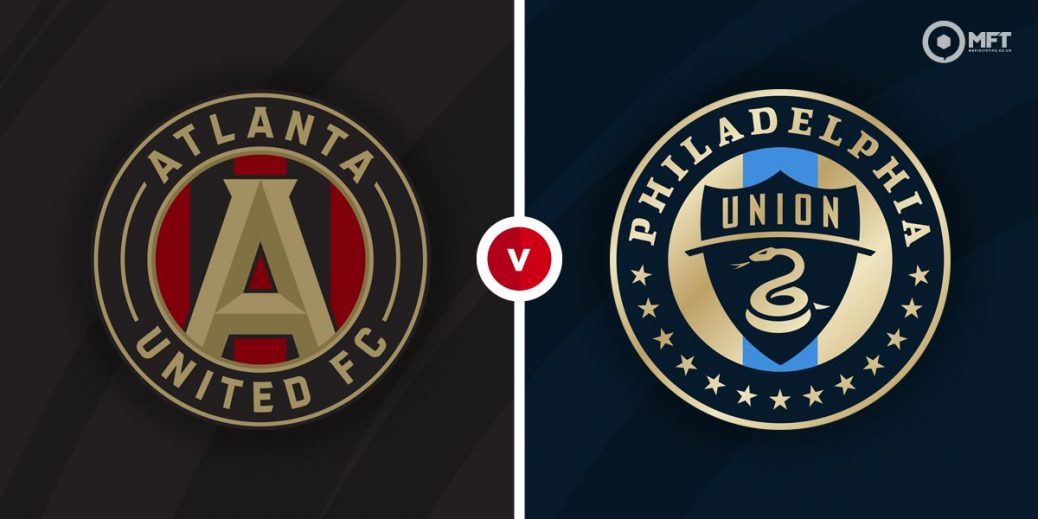 Philadelphia Union will look to continue their pursuit of Eastern Conference leaders New England Revolution when they travel to the Mercedes-Benz Stadium for an MLS clash with Atlanta United. Both teams appear evenly matched at the moment and look set to battle to a draw.

Atlanta United let slip a two goal lead as they were held to a 2-2 draw by Nashville in their previous MLS fixture. They looked to be heading for victory after Damian Moreno and Erik Lopez put them in front but a late collapse left them with only a share of the spoils.

The Five Stripes are unbeaten in their last five matches, although four of those fixtures have ended in draws. That run means they are currently eighth in the Eastern Conference just one point off the playoff places.

Manager Gabriel Heinze will be keen to turn those draws into wins but Atlanta seem unable to keep things tight at the back. They have thrown away leads in four of their last five matches and have kept just one clean sheet in their seven MLS matches this season.

Philadelphia Union were victorious last time out in the MLS as they triumphed 3-0 against Portland Timbers. Kacper Przybylko and Sergio Santos gave them a two-goal lead at the break while Jack Elliott added a third in the second half.

Philadelphia Union have turned a corner following a slow start to the season and travel to Atlanta unbeaten in their last five matches. They are second on the table, three points behind leaders New England Revolution and could rise to the top of the table if results go their way this weekend.

Despite keeping clean sheets in four of their last five matches, Philadelphia are slightly unconvincing at the back. They often give away chances to the opposition and will be given a stern test by a potent Atlanta attack.

The bookies have Atlanta United as favourites with a home win priced at 16/11 with Vbet. A victory for Philadelphia Union is valued at 2/1 by Paddy Power while a draw is set at odds of 12/5 by betfair.

There is little to separate both teams at the moment and they look set to battle to a draw.

Atlanta United have the upper hand in this fixture with five wins from 10 previous matches. Philadelphia Union have been victorious just twice while both teams have battled to three stalemates, including a 1-1 draw in a CONCACAF Champions League clash in May.

With Josef Martinez on international duty with Venezuela, Atlanta United will look to Damian Moreno in attack. The midfielder has scored twice in his last three matches and is priced at 10/3 in the anytime goalscorer market by bet365.

Kacper Przybylko will be the one to watch for Philadelphia Union having scored three goals in his last four matches. Paddy Power has the striker at 2/1 to score anytime while bet365 is offering 5/1 for the first goal.

Given the quality in both attacks, goals can be expected in Sunday’s clash. Over 2.5 goals is valued at evens with bet365, over 3.5 goals is priced at 28/11 with Vbet while Sporting Index is offering 8/11 on both teams to score.

Atlanta United’s penchant for making slow starts means Philadelphia Union could be backed to score first at 6/5 with Skybet.