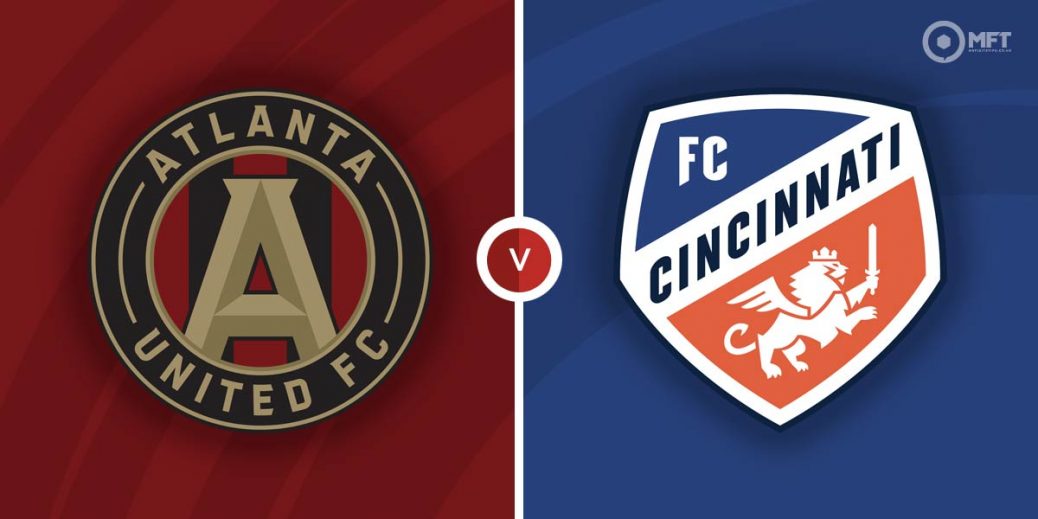 Atlanta United will he looking to crank up the pressure on the teams above them as they host Cincinnati in a Saturday night MLS fixture. The hosts have been generally solid at home this season and should have too much for the troubled visitors.

Atlanta United are coming off a 1-0 defeat at Charlotte in their previous MLS fixture. They fell behind early in the encounter and despite creating several goalscoring opportunities, failed to find a way back into the contest.

Despite that defeat, Atlanta United have plenty of reasons to be pleased with their start to the campaign. Gonzalo Pineda’s men are currently fourth in the Eastern Conference and can climb to second if results go their way this weekend.

A solid home form has been at the heart of Atlanta United’s fine start to the season as they have claimed two wins and a draw from their three matches at the Mercedes-Benz Stadium. Their home record stretches back to last season with just one defeat in their last 13 matches, claiming nine wins in that run.

In contrast to Atlanta United’s fine showings this season, Cincinnati have struggled to find their rhythm. They have suffered four defeats in their six matches this term and are currently sitting near the bottom of the Eastern Conference.

There was a point in March where Cincinnati threatened to go on a good run after claiming back-to-back wins over Orlando City and Inter Miami. However, they have now lost their last two matches, including a 4-3 home defeat to Montreal in their previous MLS fixture.

Cincinnati’s poor form stretches back to last season as they have suffered 16 defeats in their last 18 MLS matches. Pat Noonan’s men have also struggled on their travels, losing nine times in their last 10 away matches.

The bookies have Atlanta United as overwhelming favourites to claim the win on Saturday at 5/9 with SBK. An unlikely victory for Cincinnati is valued at 9/2 by bet365, who are also offering odds of 16/5 for a draw.

Atlanta United have a 5-1 advantage with two draws from eight previous matches with Cincinnati. They have also won the last two meetings and claimed a 2-1 victory in the most recent fixture with Josef Martinez netting the winner.

Josef Martinez has scored just twice this season with both goals coming in three home appearances for Atlanta United. The striker has also found the net three times in the last two matches with Cincinnati and is priced at 8/11 by bet365 to maintain his scoring run.

Brandon Vazquez has been the shining light for Cincinnati in the midst of their problems this season with five goals in six matches. Bet365 has the striker at 10/3 to get on the score sheet on Saturday.

Two of Atlanta United’s three home matches this season have produced over 3.5 goals which is priced at 32/19 by SBK while over 2.5 goals is valued at 9/13 by SBK.

Atlanta United are priced at minimal odds for a straight victory, so a win and over 2.5 goals could be considered at 13/10 with William Hill.

This MLS match between Atlanta United and Cincinnati will be played on Apr 16, 2022 and kick off at 23:00. Check below for our tipsters best Atlanta United vs Cincinnati prediction. You may also visit our dedicated betting previews section for the most up to date previews.