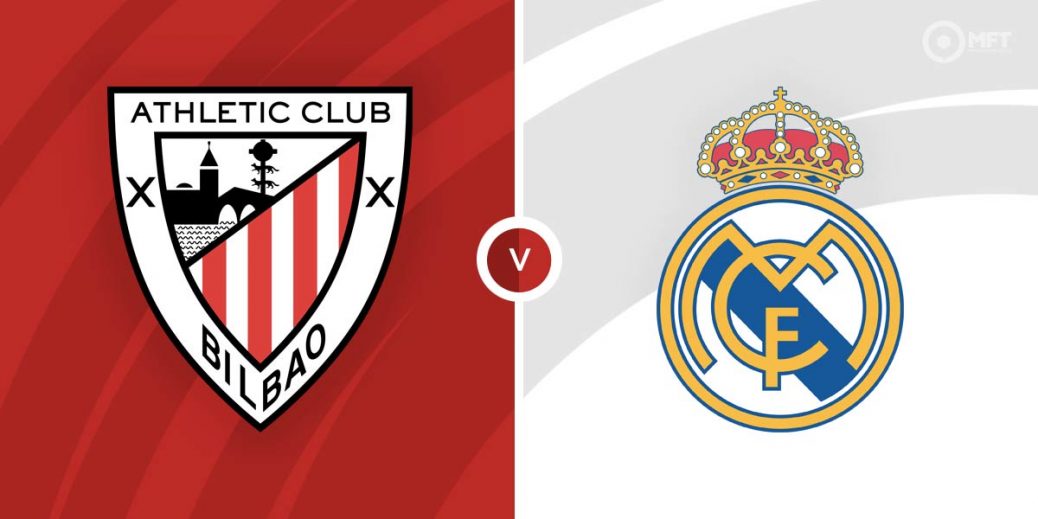 Marcelino’s men followed that up with a 1-0 victory over Rayo Vallecano in their previous fixture prior to the international break. That result means they have now suffered just one defeat in their last seven matches across all competitions.

While Athletic Bilbao will be feeling confident heading into Thursday’s clash, their recent home form has not been particularly impressive. They have claimed just two wins from their last six matches at San Mames Barria with a 2-1 defeat to Real Madrid among their defeats in that run.

Real Madrid are having a solid campaign this season as they continue to challenge an all fronts. They are currently four points clear at the top of La Liga and have qualified for the knockout phase of the UEFA Champions League.

Los Blancos also needed extra-time before seeing off Elche 2-1 in their quarter-final clash. All the goals were scored after regulation time with Isco netting an equaliser for Madrid before Eden Hazard struck the winner.

Real Madrid travel to San Mames unbeaten in their last six matches across all competitions. They have conceded in five matches in that run, including two goals in a 2-2 draw with Elche in a La Liga fixture prior to the international break.

Real Madrid have the upper hand among the bookies at 23/20 with bet365 while victory for Athletic Bilbao is valued at 28/11 by Vbet. MansionBet is offering odds of 5/2 for a draw.

Real Madrid often come out on top in this fixture and have won the last four matches against Athletic Bilbao. They claimed a 2-1 victory in their last visit to San Mames and also triumphed 2-0 in the Spanish Super Cup final in January.

Iker Munain showed his quality in the round of 16 clash with Barcelona, netting a brace to lead Athletic Bilbao to the quarter-finals. The midfielder could be worth keeping an eye on to score anytime at 5/1 with bet365.

Karim Benzema is expected to feature in attack for Real Madrid and will be looking to maintain his scoring record against Athletic Bilbao. The French striker has found the net four times in his last three meetings with Bilbao and is priced at 21/20 with bet365 to get on the score sheet on Thursday.

There have been goals for both teams in five of Real Madrid’s last six matches and a similar outcome is priced at 3/4 with bet365. The last meeting at San Mames Barria produced under 2.5 goals which is priced at 15/16 with SBK while over 3.5 goals is valued at 9/4 with Skybet.

Both teams have scored late goals in recent weeks and can be tipped to score in the second half at 9/4 with betfair.

This Spanish Cup match between Athletic Bilbao and Real Madrid will be played on Feb 3, 2022 and kick off at 20:30. Check below for our tipsters best Athletic Bilbao vs Real Madrid prediction. You may also visit our dedicated betting previews section for the most up to date previews.