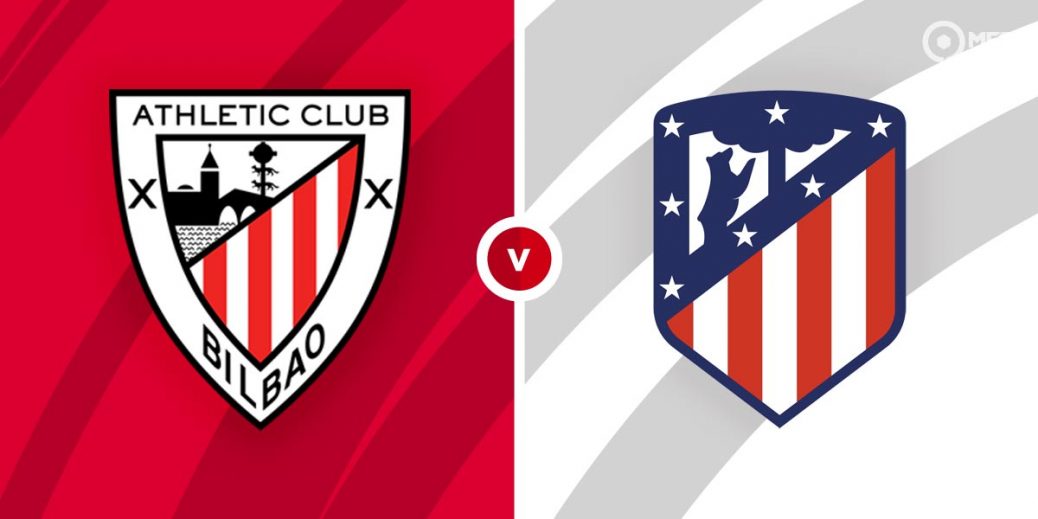 ATLETICO MADRID have recovered from their wobble to stay top of La Liga but this trip to the San Mames to take on Athletic Bilbao is one of the toughest tests of the run-in.

Diego Simeone's men looked to be strolling towards the title earlier in the season but it's now a tense race after Atletico dropped too many points while Real Madrid and Barcelona were hitting top gear again.

The leaders have hit back in the last week, battering Eibar 5-0 at home then following it up with a 2-0 midweek victory over Huesca. But Bilbao are a step up in class from those two sides and there's little margin for error.

Atletico headed into this round of fixtures three points clear of Real and five ahead of Barca but the Catalan giants have a game in hand so their lead is potentially just two points.

And with a huge clash looming at the Nou Camp next month, Simeone will want his side to remain at the top heading into that showdown with Barcelona.

It helps that Bilbao have little to play for, sitting in midtable and licking their wounds after two painful Copa del Rey defeats in recent weeks.

Their season was riding on last year's delayed final with Basque rivals Sociedad and this campaign's showpiece with Barcelona.

But Athletic were edged out 1-0 by Sociedad then totally outclassed by Barca as they crashed to a 4-0 defeat and helped our man Tolu cash in.

Given Bilbao's poor form of late, it's no great surprise to see them as 18/5 outsiders at SBK who price Atletico at 28/29. The stalemate will be popular with punters as the Basques have drawn five of their last six games. It pays a best 38/15 with VBet.

Atletico have been something of a bogey team for Bilbao who have only beaten them once in their last 17 meetings. But Los Leones are unbeaten in their last two home games against Simeone's side with a 2-0 victory (below) followed by a 1-1 draw last season.

Bilbao have been firing blanks of late, failing to score in their last three matches. But midfielder Raul Garcia is always a threat and has nine goals for the season. He also takes penalties so that makes him good value at 19/4 with Betway for a goal here.

Luis Suarez is back in training for Atletico and his return to fitness is a big boost for Simeone. But I'm not sure if he will start this game so it could be wiser to back in-form Angel Correa. The Argentine has three goals in his last two games and is overpriced at 11/4 with Paddy Power for anytime scorer.

Atletico have kept clean sheets in their last two while Bilbao have drawn a blank in their last three so the bookies don't see a thriller. Under 2.5 goals is just 4/7 at TonyBet and betting against BTTS is 63/100 with the same firm.

But the Basques have too many good forward players to keep drawing a blank so I'd suggest both teams to score is worth a punt at 13/10 SportNation while over 2.5 goals is 7/5 with TonyBet. Both those bets landed when the sides faced off in Madrid earlier this season.

These teams aren't shy in the putting the boot in and with Atletico desperate for a win this could get a bit tasty. That makes over 5.5 cards appealing at 6/5 with Bet365.