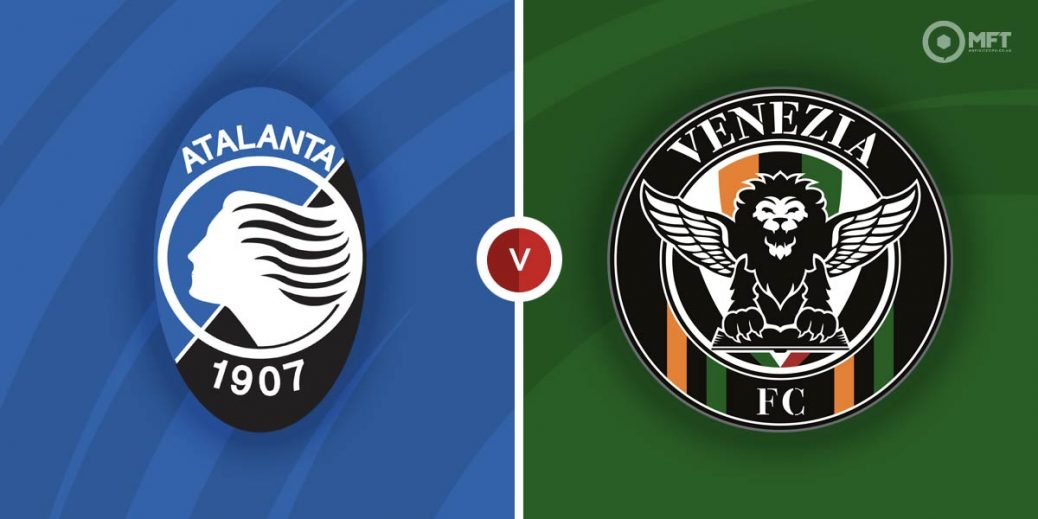 Atalanta will be looking to maintain their good form and crank up the pressure on the leaders as they host struggling Venezia in a midweek Italian Serie A fixture. The Bergamo club are playing with plenty of confidence at the moment and should make light work of their visitors.

Atalanta appear to be back to their best as they head into Tuesday’s clash with four wins and a draw from their last five Serie A matches. They are fourth on the table and with Napoli and AC Milan looking off colour lately, will be looking to close the gap on the leaders.

The 1-0 win over Juventus in their previous Serie A fixture will be particularly pleasing to manager Gian Piero Gasperini. Duvan Zapata scored the only goal as they won away to the Turin club for the first time in 30 years.

Led by Zapata, who now has nine Serie A goals this season, Atalanta are among the leading scorers in the league. They claimed a 5-2 victory over Spezia in their previous fixture at Gewis Stadium.

It has not been a particularly smooth return to the topflight for Venezia, who have claimed just four wins from 14 matches this season. They are currently down in the bottom half of the table and are slowly being dragged into the relegation scrap.

Venezia travel to Atalanta off the back of a 2-0 home defeat to Inter Milan last time out in Serie A. They had a few lively spells but were generally no match for the champions and finished with just a single attempt on target.

Paolo Zanetti’s men have also found things difficult on their travels this season with two wins in eight away matches. They have been on the receiving end of some heavy defeats in that run, including a 3-1 loss to Sassuolo and a 3-0 thrashing at the hands of Udinese.

Atalanta have the upper hand among the bookies at 29/100 with novibet while an unlikely victory for Venezia is valued at 16/1 with BetVictor. MansionBet is offering odds of 23/4 for a draw.

Atalanta have a 2-1 advantage with one draw from four previous matches against Venezia. The last meeting between both teams was back in 2004 with Venezia claiming a 1-0 victory.

Duvan Zapata appears to be fully back to his best form and will be looking to add to his nine Serie A goals this season. The striker has also found the net in his last three matches and is priced at odds of 8/15 by bet365 to score anytime.

Mattia Aramu was one of the few standout players for Venezia last time out against Inter Milan and could be worth keeping an eye on. The striker has four goals this season and is priced at 9/2 by Vbet to find the net on Tuesday.

Atalanta earned a comfortable victory in their previous home fixture and could be tipped in the -1 handicap market at 39/50 with novibet. The Bergamo club have seen over 3.5 goals in their last three home matches in all competitions and could be set for a similar outcome at 5/4 with Unibet.

Duvan Zapata has opened the scoring in his last two appearances and could be backed to grab the first goal on Tuesday at 12/5 with bet365.

This Serie A match between Atalanta and Venezia will be played on Nov 30, 2021 and kick off at 17:30. Check below for our tipsters best Atalanta vs Venezia prediction. You may also visit our dedicated betting previews section for the most up to date previews.