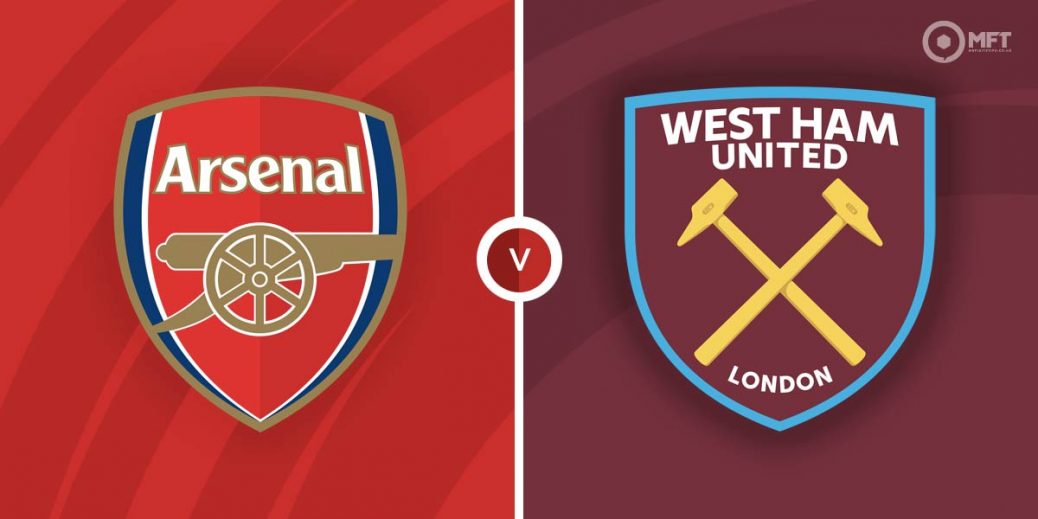 ARSENAL and West Ham United meet at the Emirates and the Gunners have the Hammers very much in their sights.

Mikel Arteta had an appalling start to the season and the knives were well and truly out for the Spaniard after a disastrous beginning to their league campaign where they lost their first three matches and conceded nine goals.

But they've bounced back in impressive style and are on the fringes of a Champions League place, although they still have problems on the road and there's still a suspicion they can be flaky as they proved as they surrendered a lead at Manchester United to lose.

West Ham have been the stars of the show in the top flights this season with David Moyes being widely praised for his leadership so far.

But they have problems on the road and slipped up again on Sunday in a disappointing goalless draw at Burnley to leave them just two points ahead of Arsenal.

Arsenal meanwhile, cruised to an effortless 3-0 home win against Southampton – their fifth home win in a row and their fourth without conceding a goal.

The Gunners have the same number of points as Manchester City at home and have accumulated more than Liverpool.

Arsenal's home advantage hands them favouritism advantage at 6/5 with SBK. The Hammers can be backed with the same firm at 12/5. The draw is 13/5 with bet365.

Last season there were plenty of goals. It was 3-3 in the London Stadium, while Arsenal edged out West Ham 2-1 in North London as can be seen below.

Arsenal have won the last six games between the sides in all competitions at the Emirates.

Alexandre Lacazette has not exactly been prolific this season with four goals all season, but he got back on the scoresheet at the weekend against Southampton and was even afforded a rest later on. He's 6/4 to score with bet365 to net on Wednesday night.

Jarod Bowen scored in West Ham's recent win against Chelsea which was his fourth goal in his last 13 games for his club. He's 11/4 with the same firm to find the net at the Emirates.

Arsenal have turned the Emirates into a fortress again and they might have too much for West Ham at odds-against on Wednesday.

They are scintillating form at home and West Ham had lost two in a row away from home at Wolves and, understandably, Manchester City, before their game at Burnley on Sunday, where they weren't great either.

There has been over 2.5 goals in four of Arsenal's last five games and this has the makings of a London derby cracker. Go for a home win and over 2.5 goals at 23/10 with Coral.

This English Premier League match between Arsenal and West Ham United will be played on Dec 15, 2021 and kick off at 20:00. Check below for our tipsters best Arsenal vs West Ham United prediction. You may also visit our dedicated betting previews section for the most up to date previews.