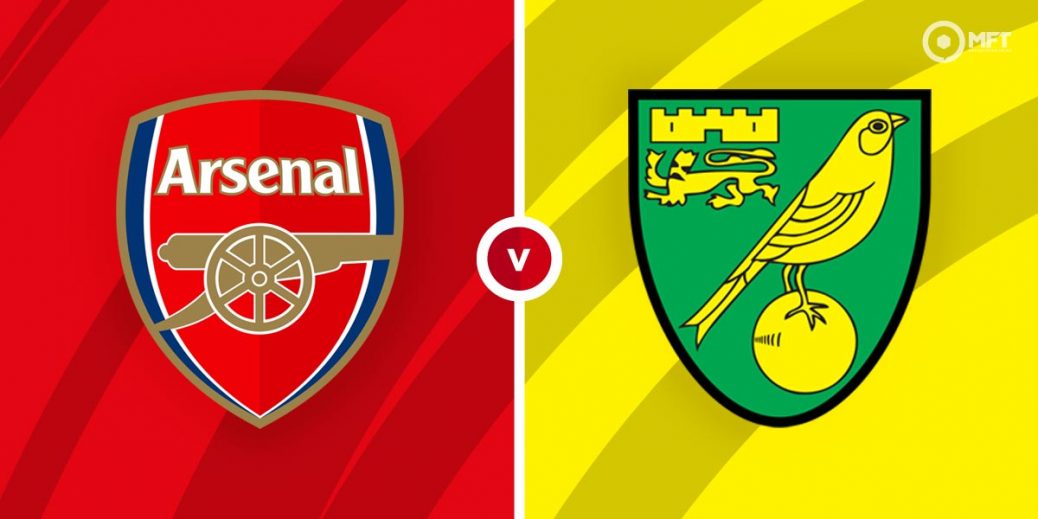 The bottom two teams in the English Premier League go head-to-head as Arsenal host Norwich City at the Emirates Stadium. Both sides are short on confidence at the moment and given their defensive vulnerabilities, are likely to serve up goals.

Arsenal's disappointing start to the season continued last time out as they were hammered 5-0 by Champions Manchester City. It was another poor performance from the Gunners, who looked lethargic throughout and were no match for City.

Not since the 1954-55 season have Arsenal lost their opening three matches in a topflight campaign. With pressure mounting on manager Mikel Arteta, they will be keen to avoid suffering four straight defeats at the start of the season.

It has not been all doom and gloom for Arsenal this season as they had something to cheer in the Carabao Cup, where they claimed a 6-0 victory over Championship team West Brom. They will be looking to channel that performance, particularly senior players like Pierre-Emerick Aubameyang, who grabbed a hat-trick.

Norwich City were excellent in the Championship last season but are once again struggling to make the step up into the topflight. They suffered a 2-1 home defeat to Leicester City in their previous fixture with Teemu Pukki getting their goal.

It may still be early days in the season, but Norwich City are already showing the sort of form that could see them make a return to the Championship. They have lost all three of their matches this term and are sitting second bottom on the table.

A recurring problem for Norwich City whenever they gain promotion to the Premier League is their inability to keep things tight in defence. Manager Daniel Farke remains adamant about his open style of play that has seen them concede 10 goals already this season and also suffered a 5-0 defeat to Manchester City.

Arsenal have been installed as favourites by the bookies and SBK is offering 6/11 for a home win. A victory for Norwich City is valued at 6/1 by the same firm while a draw is set at odds of 18/5 by Vbet.

Arsenal have a 25-9 advantage with 19 draws from 53 previous matches against Norwich City. The Gunners ran out 4-0 winners in their last meeting at the Emirates Stadium.

Both teams have had difficult starts to the season but with Norwich City often poor on their travels, I am tempted to lean towards an Arsenal win here.

Captain Pierre-Emerick Aubameyang is yet to find the net in the Premier League this season but remains the biggest attacking threat for Arsenal. The striker scored a hat-trick in the League Cup and could be backed to finally get off the mark at 24/23 with SBK.

Teemu Puuki is already off the mark for Norwich City this season with his penalty against Leicester City. With Arsenal struggling defensively, the striker will be confident of finding the net at 13/5 with Sporting Index.

Arsenal and Norwich City look vulnerable in defence which makes this encounter likely to produce goals. Both teams could be backed to score at 10/11 with MansionBet. Over 2.5 goals is priced at 13/17 with SBK, who are also offering 31/16 for over 3.5 goals.

Arsenal can be tipped to earn a win and over 2.5 goals at 5/4 with BoyleSport.

This English Premier League match between Arsenal and Norwich City will be played on Sep 11, 2021 and kick off at 15:00. Check below for our tipsters best Arsenal vs Norwich City prediction. You may also visit our dedicated betting previews section for the most up to date previews.