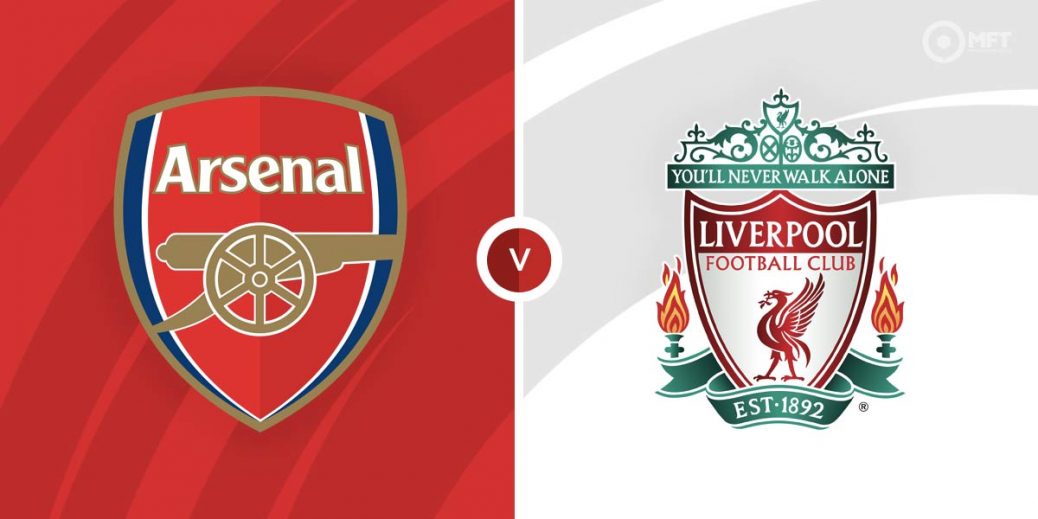 A HEAVILY depleted Arsenal squad will need to call on all their reserves, perhaps literally, if they are to bundle Liverpool out of the Carabao Cup in Thursday's semi-final second leg.

English football appears to be lurching from one farce to the next with Arsenal getting their weekend match with Spurs called off for not having enough players in their squad…as they prepared to ship players out on loan.

They could also be without a worst-case scenario of being without 11 players – the suspended Granit Xhaka, Thomas Partey, Mohamed Elneny and Nicolas Pepe, who are are all on international duty at the Africa Cup of Nations and Takehiro Tomiyasu, Emile Smith Rowe, Cedric Soares, Calum Chambers, Sead Kolasinac, Martin Odegaard and Bukayo Saka who are all either injured or doubtful.

Liverpool are not exactly full strength either and will also be without their AFCON trio of Mohamed Salah, Naby Keïta and Sadio Mane. Salah and Mane were hugely missed in the goalless first leg draw at Anfield.

Increasingly punters daren't place a wager until those all-important team sheets come out on what can be a lottery and the Gunners line-up will be fascinating.

Manager Mikel Arteta must have been thrilled at how well drilled and how much fight they put up on Merseyside, but can they complete the job?

Liverpool are favourites and hovering around the evens mark with SBK going 17/16 on a Reds win. Arsenal are outsiders at 45/17 with the same firm. The draw is 11/4 with Unibet.

The sides fought out that goalless draw in the first leg with Liverpool being unable to break down the London side who had to play 66 minutes with ten men.

Liverpool thrashed the Gunners 4-0 at Anfield this season and Arsenal have gone four games without even scoring against Jurgen Klopp's side.

Alexandre Lacazette has had something of a disappointing season so far with only five goals, but he will be a vital player for the depleted Gunners and will have his backers at 12/5 with Unibet.

Diogo Jota is due a goal. He went through a period of scoring seven goals in eight games, but hasn't netted in his last four matches. That won't last forever and he's of interest at 19/10 with 10Bet to score.

As brilliantly as Arsenal did to keep Liverpool in check at Anfield, home advantage could work against them as they will be expected to push out and have a go and they could be picked off by a Liverpool side who impressed in their weekend win against Brentford even without Salah and co.

Arsenal could just be without too many key players and Liverpool can win it.

The first leg corner count was won 8-1 to Liverpool, but there were exceptional circumstances behind that dominance. The hosts could contribute here on a ground where there are usually plenty of corners and the 11/10 for over 10/5 with bet365 can land.

This EFL Cup match between Arsenal and Liverpool will be played on Jan 13, 2022 and kick off at 19:45. Check below for our tipsters best Arsenal vs Liverpool prediction. You may also visit our dedicated betting previews section for the most up to date previews.