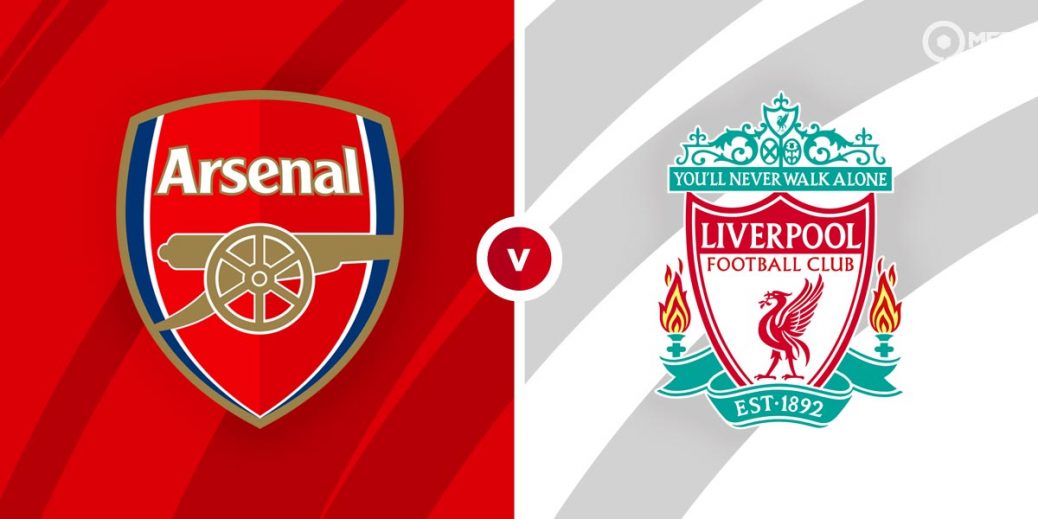 ARSENAL welcome soon-to-be-deposed champions Liverpool to the Emirates and can move to within just one point of Jurgen Klopp's side with a win at the Emirates.
Back in December, Liverpool walloped Wolves 4-0 to go joint top of the league while Arsenal were losing 2-0 to Spurs to slump to just three spots above the relegation zone.
Since then of course, Liverpool's form has completely nose-dived and while no-one is getting carried away in North London, there are signs the Gunners could be something approaching contender status next season if they continue their rate of improvement.
Arsenal have lost just once in the league in the last two months and that was at home to Manchester City, while Liverpool have at least offered signs of recovery with two wins in a row in the Champions League against RB Leipzig and away at Molineux to Wolves.
Both sides face a desperate struggle to even get into Europe next season and it could be about to get worse for one of them on Saturday night.

Liverpool are firm favourites and are 23/20 with Tonybet. The hosts can be backed at 9/4 with Betfred, with the draw on offer at 14/5 with SBK.

The sides have already met three times this season in three different competitions – the Premier League, League Cup and the Community Shield with two draws in 90 minutes and 3-1 win for the champions at Anfield.
Arsenal did inflict a rare defeat on Liverpool last season when they won 2-1 in London in July.

Alexandre Lacazette has scored in his last two games for Arsenal and has netted 28 per cent of their league goals this season. He's 13/8 with Paddy Power to net anytime.

A fit-again Diego Jota is a big boost for the Anfield side and he netted in his last game against former club Wolves. He's also scored three goals for Portugal in their last two games and has a real chance at 19/10 with Unibet.

Both teams to score has come up in seven of Arsenal's last eight games, but Liverpool have gone seven games in a row without it coming up. This could be tight and the 29/20 with BetVictor appeals for both teams to score: no.
Arsenal's Granit Xhaka has collected nine bookings and a red card this season. There could be a bit of value in the 5/2 with Unibet for him to be booked.
In the corners stats, it is perhaps surprising that Arsenal are 7/4 with bet365 to win more corners than Liverpool, given they average 5.71 at home and Liverpool only 3.07 away from Anfield, but that's because Liverpool are favourites and is an interesting angle.

This English Premier League match between Arsenal and Liverpool will be played on Apr 3, 2021 and kick off at 20:00. Check below for our tipsters best Arsenal vs Liverpool prediction. You may also visit our dedicated betting previews section for the most up to date previews.