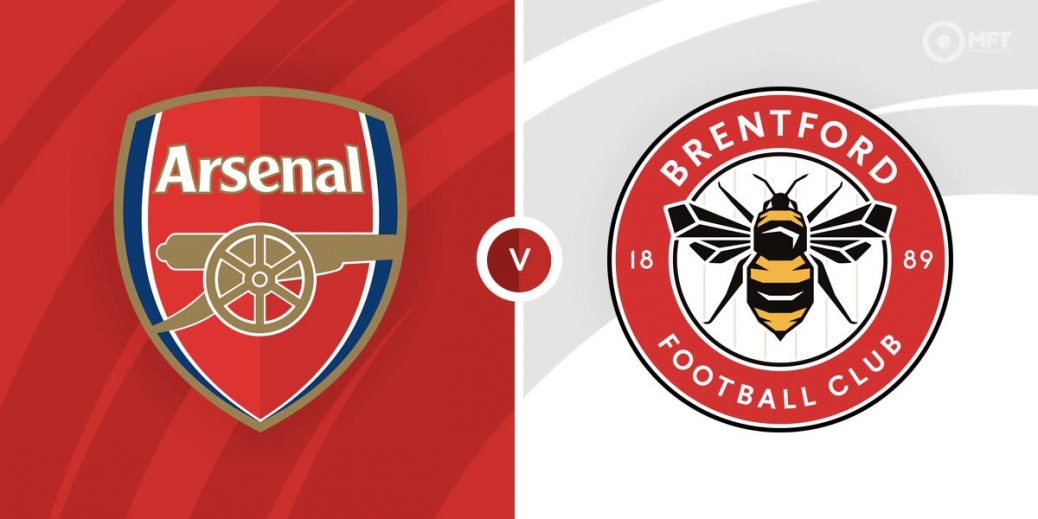 ARSENAL dug out a terrific win at Wolves in their last game to seemingly end their sticky patch and they now welcome a Brentford side on Saturday who appear to be nosediving into trouble.

The Gunners somehow escaped from Molineux with a gutsy 1-0 win against an in-form Wolves side and there would ave no shortage to find plenty of Arsenal sides recently who would have collapsed especially having to play the last 21 minutes with ten men.

It ended a five-game streak without a win although three of those were in cup competitions. And that preceded a five-match winning streak. They are four points behind Manchester United in the Champions League spots, but have three games in hand

But Brentford have serious problems. Their fantastic start to the season looks like a million miles away and they are now in 14th place and are seven points in front of the relegation places, having played a game more.

Worrying, they lost six games in a row, with five of those in the league. They did at least stem the bleeding though with a goalless draw against Crystal Palace in their last match.

Christian Eriksen came through a reserve match in midweek in his bid to return following his Euro 220 medical drams, but this could be too soon for the ex-Spurs midfielder.

Arsenal could be the bedrock of many punters' accas with 12/25 with Novibet being the best price around for a home win.

Brentford defeated Arsenal 2-0 right at the start of the season in a terrific game for the hosts which handed them their first ever Premier League win, as can be seen below.

Arsenal won 3-1 in a League Cup tie at the Emirates a few seasons ago and the Bees' last league game at Arsenal was at Highbury 76 years ago. Their last win was in 1938.

Alexandre Lacazette is surely due a goal having failed to open his account in 2022 so far. This should be the perfect opportunity at 6/4 with Coral.

Bryan Mbeumo could be set to lead the Brentford line with Ivan Tonev an injury doubt. He's on seven goals for the season and is 11/2 with bet365 to score in North London.

Arsenal should have taken an injection of confidence from that win in the Black County and are likely to go at a confidence-dented Brentford from the off. That makes the home win, half time and full time price of 5/4 with Ladbrokes backable.

Brentford are also struggling to score having failed to score in their last couple of games and with Tonev a doubt, Arsenal to win to nil at 5/4 with BetVictor must have a chance.

Finally, Lacazette has to score soon and the 13/8 with BoyleSports for him to do just that and the home win could come up.

This English Premier League match between Arsenal and Brentford will be played on Feb 19, 2022 and kick off at 15:00. Check below for our tipsters best Arsenal vs Brentford prediction. You may also visit our dedicated betting previews section for the most up to date previews.