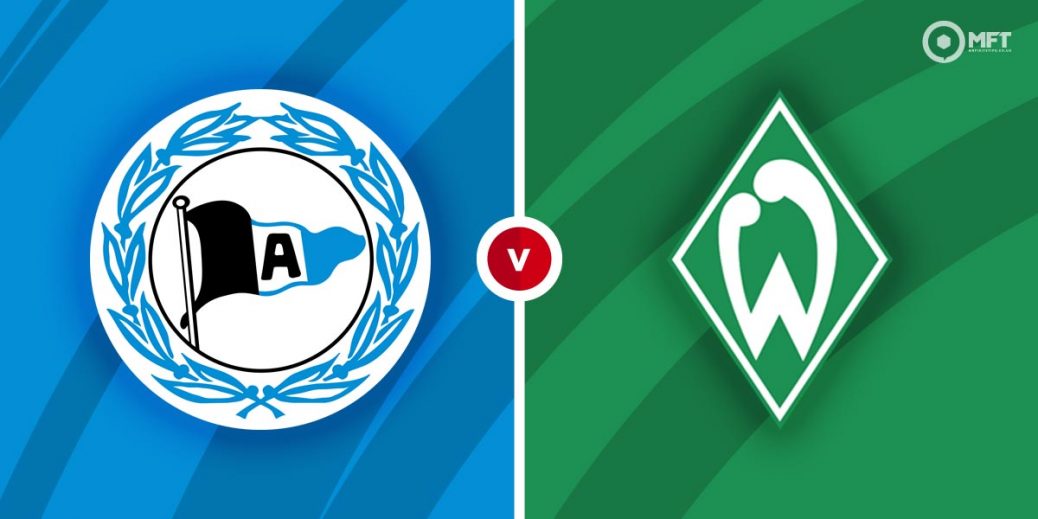 Arminia Bielefeld will hope to end a lengthy winless run when they welcome Werder Bremen to SchupoArena for a midweek Bundesliga clash. The hosts are desperate to climb out of the relegation zone but face a Bremen side with eyes on the top half.

It has been a difficult campaign for Arminia Bielefeld, who have struggled to adapt to life back in the German topflight. They have spent much of the season in the relegation zone but still have a fighting chance of survival as they sit two points from safety.

Uwe Neuhaus' men have struggled in recent weeks and are winless in their last six Bundesliga matches. However, it is so tight at the bottom that a win in Wednesday’s game in hand will see them climb out of the relegation zone.

If Arminia Bielefeld are going to get the much-needed victory against Bremen, there has to be a stark improvement on their last outing in the Bundesliga. They were held to a 0-0 draw at home by Union Berlin, the third straight match in which they have failed to score.

Werder Bremen also failed to win in their last Bundesliga fixture as they played out a 1-1 draw at FC Cologne. They looked set for victory after Josh Sargent put them ahead midway through the second half but were pegged back by the hosts seven minutes from time.

While it was a far cry from the performance that saw them beat high flying Eintracht Frankfurt, the result was good enough to maintain the gap on the bottom three. They remain eight points clear of Arminia Bielefeld in the final relegation spot, while also sitting six points off the top 10.

The main problem for Florian Kohfeldt’s team this season has been a lack of consistency as they have failed to secure back-to-back Bundesliga wins since September. They travel to SchupoArena with two wins and three draws from their last six matches.

Werder Bremen have the slight edge with the bookies with Unibet offering 13/10 for an away win. A victory for Arminia Bielefeld is priced at 12/5 by SBK while a draw is also valued at 23/10 by bet365.

With both teams plagued by inconsistency this season, they are likely to cancel each other out and settle for a draw.

Werder Bremen have the upper hand in this fixture with 22 wins from 36 previous matches. Arminia Bielefeld have claimed 10 victories while both teams have played out four draws.

Bremen claimed a 1-0 victory in the reverse fixture back in October.

Arminia Bielefeld are one of the lowest scoring teams in the Bundesliga this season but Fabian Klos is still one to keep an eye on. The striker has three goals this season and is priced at 12/5 by bet365 to score anytime on Wednesday.

Werder Bremen have also not been exciting going forward this season with Josh Sargent scoring just his fourth goal of the season last time out. Unibet is offering 5/2 on the American striker in the goalscorers market.

With neither team impressing going forward in recent matches, there is likely to be few goals on Wednesday. Under 2.5 goals is priced at 14/19 with RedZone while a clean sheet for Arminia Bielefeld is valued at 49/20 by Sporting Index, who are also offering 93/50 on Werder Bremen to keep a clean sheet.

The last three meetings between both teams has been decided by one goal, so it could be worth a punt backing just one team to score at 34/25 with Sporting Index.