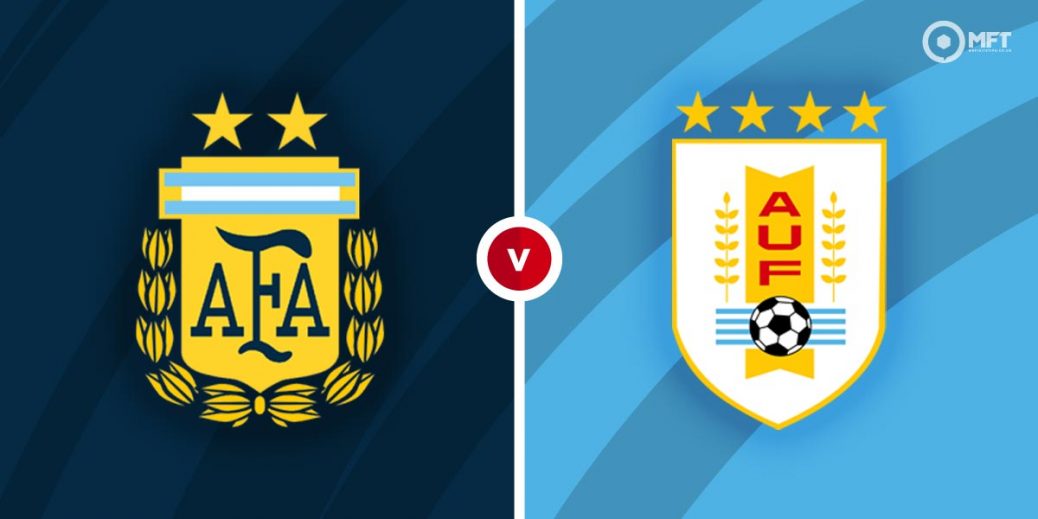 Uruguay begin their campaign in the Copa America with a Group A clash against Argentina at the Estadio Nacional de Brasilia. The Argentines were held in their opening fixture and with star man Lionel Messi in fine form should do enough to get their first win of the competition.

Argentina were held to a 1-1 draw by Chile in their opening Copa America fixture. Like the meeting in the World Cup qualifiers a few weeks back, they let a lead slip after Lionel Messi’s stunning first half free-kick was cancelled out.

The result means Argentina are still seeking their first win of 2021, although they remain unbeaten in 14 matches. The Argentines have been plagued by a lot of draws having played out four in their last five matches, although there was a 3-0 victory over Peru sandwiched in that run.

There is an overreliance on Lionel Messi and manager Lionel Scaloni will be hoping other big names like Angel Di Maria and Lautaro Martinez will help out his star forward. They must also find a way to tighten up at the back having kept just one clean sheet in their last six matches.

Saturday’s match will be the first taste of action for Uruguay in this year’s Copa America having not played in the opening matchday. They head into the competition off the back of a 0-0 draw against Venezuela in the South American World Cup qualifiers.

It has been a poor build up to this year’s Copa America for Uruguay who have claimed just one win from their last five matches. They are winless in their last three fixtures with a 2-0 defeat against Brazil in that run.

One of the problems for Oscar Tabarez's men in recent times is a lack of goals. Despite boasting two of South America’s elite strikers in Luis Suarez and Edinson Cavani, they have failed to find the net in their last three matches.

Argentina have the edge among the bookies with bet365 offering 11/10 for a victory. A win for Uruguay is priced at 5/2 by the same firm, who are also offering odds of 5/2 for a draw.

Given Uruguay’s recent struggles, I am tempted to lean towards a victory for Argentina.

Argentina have the upper hand in this fixture with 11 wins from 18 previous matches. Uruguay have been victorious four times while both teams have battled to three stalemates, including a 2-2 draw in a friendly back in 2019.

The Argentines are unbeaten in the last four meetings, claiming two wins and as many draws.

Lionel Messi remains the one watch for Argentina and the Barcelona forward has scored twice in his last three international matches. He is priced at 10/11 by bet365 to score anytime while the first goal is valued at 13/5 by the same firm.

Uruguay will he hoping their strikers can rediscover their scoring touch following their recent struggles. Bet365 is offering 7/5 on Luis Suarez to score anytime while also backing Edinson Cavani at odds of 2/1 in the same market.

Although Uruguay have struggled in attack lately, they will be hopeful of taking advantage of Argentina's shaky defence. Over 2.5 goals could be on the cards at 13/10 with bet365, who is also offering 19/20 on both teams to score.

The last meeting between both teams produced over 3.5 goals and a similar outcome is priced at 10/3 by bet365. Argentina could also be backed to score in both halves at 11/4 with bet365.

This Copa America match between Argentina and Uruguay will be played on Jun 19, 2021 and kick off at 01:00. Check below for our tipsters best Argentina vs Uruguay prediction. You may also visit our dedicated betting previews section for the most up to date previews.