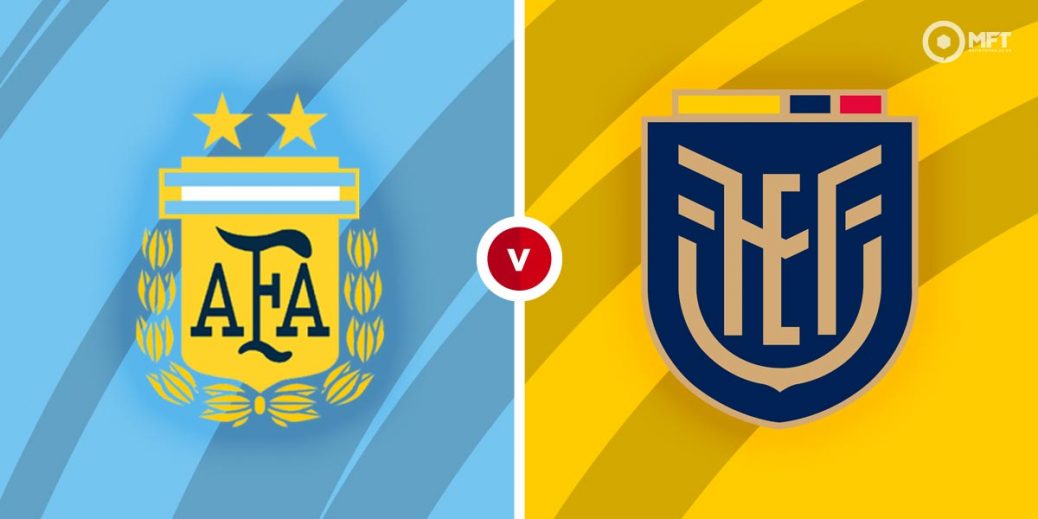 A place in the last four is the prize as Argentina face Ecuador in the quarter-finals of Copa America at the Estadio Olimpico Pedro Ludovico Teixeira. Argentina have grown into the competition and should have the upper hand over Ecuador who are still seeking their first win.

Argentina finally showed their quality in the Copa America as they claimed a 4-1 victory over Bolivia in their previous fixture. Lionel Messi netted a first half brace to add to Alejandro Gomez's early opener while Lautaro Martinez grabbed the fourth in the second half.

La Albeceleste have been on a steady rise after a slow start and remain unbeaten after four matches. They finished top of Group A and head into Saturday’s clash off the back of three straight victories.

Although they have not always shown it in recent times, Argentina have one of the more exciting attacks in the competition. Manager Lionel Scaloni will be pleased with his team’s showing against Ecuador and will look for a repeat on Sunday.

Ecuador were held to a 1-1 draw against Brazil last time out in the competition. They fought back from a goal down with Angel Mena's second half effort earning them a share of the spoils.

Ecuador are still without a win in the competition having played out three straight draws after suffering a 1-0 defeat to Colombia in their opening fixture. They qualified for the quarter-finals after finishing fourth in Group B, just one point above bottom team Venezuela.

Gustavo Alfaro’s men have on of the poorest defences in the competition, conceding six goals in four matches.

The Argentines have been installed as overwhelming favourites by the bookies and are priced at 19/40 by betway to claim the win. A victory for Ecuador is valued at 39/5 by SBK whiie a draw is set at odds of 18/5 by Vbet.

Argentina have gotten better in the competition and are expected to ease past an unconvincing Ecuador team.

Argentina have the upper hand in this fixture with 10 wins from 18 previous matches. Ecuador have claimed three victories and there have been five draws between both teams.

The Argentines have won four of the last five meetings, including a 1-0 victory in the World Cup qualifiers back in October.

Lionel Messi is the top scorer at Copa America with three goals in four matches. The Barcelona forward grabbed the winner the last time Argentina faced Ecuador and could be backed in the first goalscorer market at 29/10 with Unibet.

Midfielder Eduar Preciado has scored two goals for Ecuador in the competition and could be worth a punt to score the first goal at 16/1 with Unibet. Striker Enner Valencia is still seeking his first goal but has impressed in Brazil and the striker could be backed in the same market at 10/1 with betway.

Argentina saw over 4.5 goals in their last fixture and a similar outcome is priced at 7/1 with Unibet. Over 3.5 goals is valued at 11/4 with Betfred, over 2.5 goals is set at evens with bet365 while Sport Nation is offering 7/5 on both teams to score.

The Argentines could be backed to score in both halves at 6/4 with Vbet while they are also likely to score two or more goals at 8/13 with Skybet.

This Copa America match between Argentina and Ecuador will be played on Jul 4, 2021 and kick off at 02:00. Check below for our tipsters best Argentina vs Ecuador prediction. You may also visit our dedicated betting previews section for the most up to date previews.