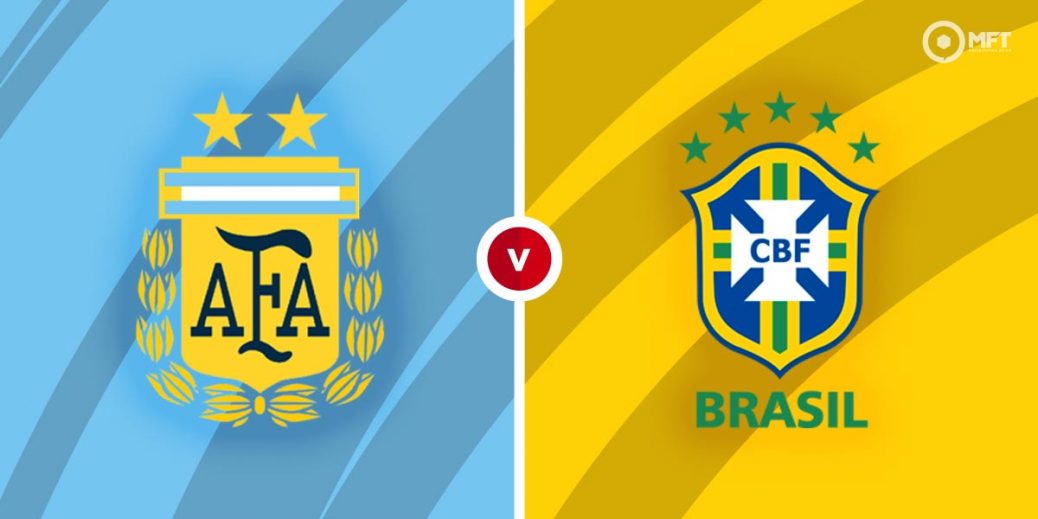 Argentina and Brazil renew their fierce rivalry as they square off in the 2021 Copa America final at the Maracana Stadium. They have both been the best teams in the competition and should serve up a closely fought encounter with the Brazilians likely to have the edge.

Goalkeeper Emiliano Martinez was the hero as Argentina defeated Colombia on penalties in their semi-final fixture. The Aston Villa stopper saved three kicks in the shootout after Lautaro Martinez's effort had earned Argentina a 1-1 draw in normal time.

La Albiceleste are also unbeaten in the competition, although they have been made to work hard sometimes. They began their campaign with a 1-1 draw against Chile and were also held to a similar scoreline by Colombia in the semi-finals.

Lionel Messi, seeking his first major international title with Argentina, has been the driving force behind the team with four goals in the competition. However, like the hosts, they have failed to keep a clean sheet in two of their last three matches.

Brazil were made to work hard in their semi-final fixture before overcoming Peru. Lucas Paqueta's first half strike proved to be the difference as they were given a stern test by a lively Peruvian team.

La Selecao often go on to win the title whenever they host the Copa America having won the five previous competitions on home soil. They have looked the part in this year’s tournament and got to the final unbeaten, claiming five wins and a draw from six matches.

While coach Tite takes pride in his team being defensively solid, they have looked unconvincing at the back in recent matches, conceding against Colombia and Ecuador in their final two group fixtures. They were also troubled by Chile and Peru and are likely to face some problems from an exciting Argentina attack.

There is little to separate both sides among the bookies but Brazil are considered slight favourites at 19/16 with Vbet. A victory for Argentina is valued at 11/4 by bet365 who are also offering 9/4 for a draw.

The final is likely to be a closely fought battle but Brazil have shown a bit more balance and consistency than the Argentina and should have the edge.

Brazil have the advantage in this fixture with 19 wins from 34 previous matches. Argentina have been victorious just eight times while both teams have battled to seven draws.

The Brazilians have also won two of the last three meetings between both teams.

Neymar often carries the attacking threat for Brazil and is priced at 5/1 with BoyleSport to score the first goal. Lucas Paqueta has scored three goals from midfield in the competition and could be worth a punt in the same market at 11/1 bet365.

As always Lionel Messi will be the one for Argentina as he looks to add to his four goals in the competition. The forward is valued at 23/4 Unibet to score the first goal.

Given the attacking quality on both sides, the goals market could be considered on Sunday. Over 3.5 goals is priced at 23/5 by SBK, over 2.5 goals is valued at 31/20 by Paddy Power while Sport Nation is offering 6/5 on both teams to score.

Brazil could be backed to score first at 5/6 with MansionBet while there are likely to be goals in both halves at 11/10 with Paddy Power.

This Copa America match between Argentina and Brazil will be played on Jul 11, 2021 and kick off at 01:00. Check below for our tipsters best Argentina vs Brazil prediction. You may also visit our dedicated betting previews section for the most up to date previews.