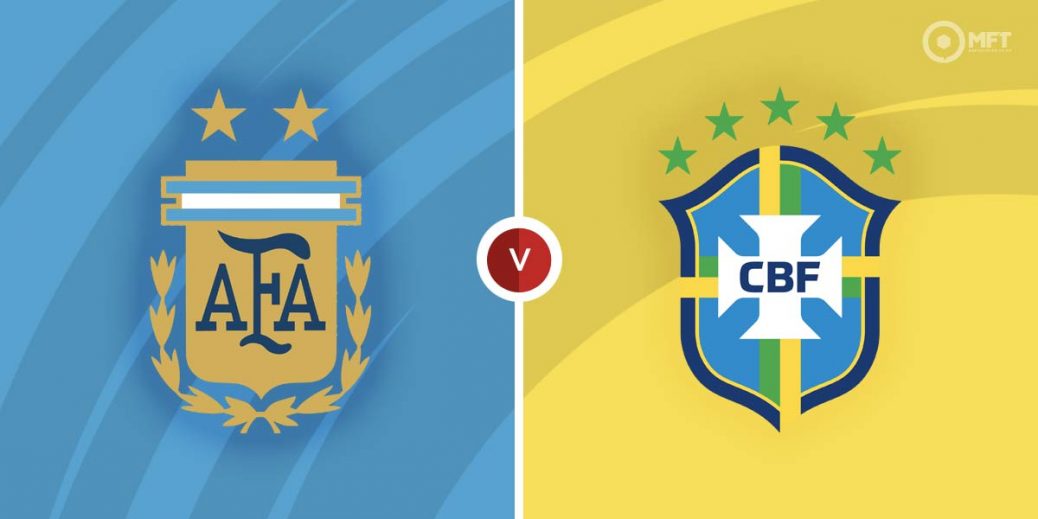 Brazil have already qualified for the Qatar 2022 World Cup and Argentina are on the brink of joining them. Both teams have remained unbeaten throughout the South American qualifiers and look set for a closely fought encounter.

Argentina started without Lionel Messi in their 1-0 victory over Uruguay in their previous qualifying fixture. Although the PSG forward came off the bench after the break, Angel Di Maria’s effort midway through the second half proved to be the difference.

The Argentines are still unbeaten in the qualifiers and are second on the table, eight points behind third place Ecuador. They have been in good form lately and head into Tuesday’s clash with six wins from their last seven matches across all competitions.

While Lionel Messi remains as influential as ever in attack for Argentina, manager Lionel Scaloni appears to be prioritising defensive solidity. They have kept clean sheets their last five qualifying matches and will also take confidence from the 1-0 victory over Brazil in the Copa America final.

Brazil are coming off a 1-0 victory over Colombia in their previous qualifying fixture. Lucas Paqueta’s effort midway through the second half was enough to seal the win as the Brazilians became the first South American side to qualify for the World Cup.

La Selecao are unbeaten after 12 matches and sit six points clear at the top. The 1-0 defeat to Argentina in the Copa America is the only loss for Brazil in the last 16 matches, a run stretching back to 2019.

Although Brazil boast plenty of quality in attack with Neymar, Raphinha and Gabriel Jesus, their good form has been built on a sturdy defence. That solid backline has seen coach Tite's men keep nine clean sheets in 12 qualifying matches.

Argentina have a slight edge among the bookies with SBK offering 14/9 for a home win. A victory for Brazil is priced at 85/40 by BetVictor while a draw is set at odds of 39/19 by SBK.

Recent matches between Brazil and Argentina have been evenly split with both teams claiming three wins apiece. The Argentines have claimed the upper hand lately with a pair of 1-0 victories in the last two meetings.

Argentina have looked solid at the back lately and already shut out the Brazilians in the final of Copa America. Nicolas Otamemdi and Cristian Romero should continue their partnership in central defence and will also be targeting a clean sheet at 17/10 with betfair.

Brazil are known for their attacking quality but their defence has gotten a lot of the attention in recent times. Thiago Silva and Marquinhos are likely to start in central defence for the Brazilians and will be targeting a clean sheet on Tuesday with 21/10 with William Hill.

Recent meetings between Brazil and Argentina have been cagey affairs with both teams producing under 2.5 goals in the last five matches. A similar outcome is valued at 11/18 with SBK, who are also offering odds of 6/7 for BTTS NO.

Given the recent defensive record of both teams, there is also a chance that there could be no goals scored at 13/2 with bet365.

This World Cup match between Argentina and Brazil will be played on Nov 16, 2021 and kick off at 23:30. Check below for our tipsters best Argentina vs Brazil prediction. You may also visit our dedicated betting previews section for the most up to date previews.