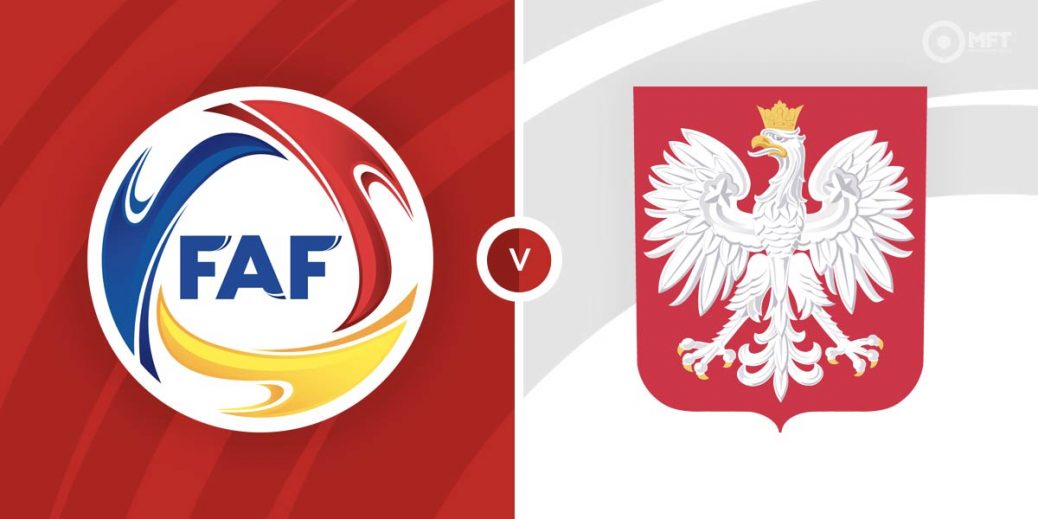 Poland will attempt to maintain the pressure on leaders England while also fending off a fast rising Albania when they travel to Andorra for a Group I fixture in the 2022 World Cup qualifiers. The Poles claimed a 3-0 victory in the reverse fixture and could be set for another comfortable win.

Andorra have no chance of making the playoffs in Group I as they sit 11 points behind second placed Poland. They have claimed just two wins from eight qualifying matches and are only above the group whipping boys San Marino.

Both of Andorra’s wins in the qualifiers have come against San Marino as they won 2-0 at home before easing to a 3-0 victory in the reverse fixture last time out. That last win ended a run of three straight defeats for Koldo Alvarez’s men.

Andorra have lost to every other team in the qualifiers and were beaten 5-0 by England in their previous home fixture.

The Poles have only dropped points to England in Group I and have won six of their eight qualifying matches. They have looked a different side since the Euros and are unbeaten in their last five matches, claiming four wins in that run.

Poland have also won their last two qualifying matches, easing to a 5-0 victory over San Marino before edging out Albania 1-0 in their previous fixture.

Poland are considered overwhelming favourites by the bookies at 1/12 with bet365 while an unlikely victory for Andorra is priced at 55/1 with BetVictor. A draw is set at odds of 12/11 with MansionBet.

Poland have won the two previous matches against Andorra and claimed a 3-0 victory in the reverse fixture in March with Robert Lewandowski netting a brace.

Robert Lewandowski opened the scoring on his way to netting a brace for Poland in the reverse fixture and can be tipped to score the first goal at 6/4 with bet365.

Poland have not conceded in their last two qualifying matches and with Andorra often unconvincing in attack, another shutout can be expected. Jan Bednarek and Kamil Glik often feature in central defence and can ensure the Poles keep a clean sheet 2/7 with bet365.

Poland earned a comfortable victory in the reverse fixture and can be backed in the -3 handicap market at 15/8 with Skybet. A win to nil for the Poles can also be considered at 4/11 with BetVictor.

Having netted a brace in the reverse fixture, Robert Lewandowski could also be tipped to score two or more goals at 21/20 with bet365. Poland could also be backed to win both halves at 8/11 with BoyleSports.

This World Cup match between Andorra and Poland will be played on Nov 12, 2021 and kick off at 19:45. Check below for our tipsters best Andorra vs Poland prediction. You may also visit our dedicated betting previews section for the most up to date previews.