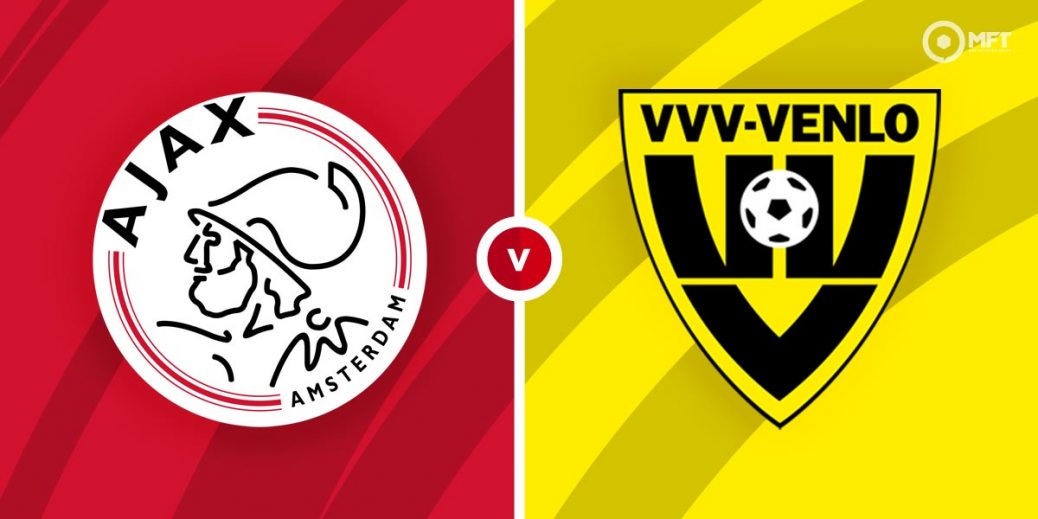 Having already clinched their 35th Eredivisie tittle, Ajax continue their victory lap with a home fixture against VVV Venlo. The champions have already rolled over their visitors 13-0 in first half of the season and look set for another comfortable victory.

Ajax were rampant in their previous Eredivisie fixture as they thumped Feyenoord 3-0. They benefitted from two own goals from the hosts while Mohammed Kudus added the third midway through the second half.

The Amsterdam club have not slowed down since winning the title and head into Thursday’s match with seven wins in their last eight Eredivisie matches. They have also maintained a fine defensive record, keeping six clean sheets in that run.

Eric Ten Hag’s men have the most goals in the Eredivisie and have scored in every match this season. They have recorded some of the most one-sided victories this term and triumphed 4-0 over Emmen in their previous outing at the Johan Cruyff Arena.

VVV Venlo were held to a 3-3 draw at home against RKC Waalwijk in their previous Eredivisie fixture. A string of defensive errors meant they threw away the lead twice as efforts from Georgios Giakoumakis, Josua John and Vito Van Crooij were cancelled out by the visitors.

The team managed by Jos Luhukay are currently second from bottom but are still in with a chance of securing survival as they sit two points from safety. The problem is they have shown little fight lately with 11 defeats from their last 12 matches.

Venlo have battled defensive problems all season and have conceded 11 goals in their last five Eredivisie matches. They have also struggled in attack lately, failing to score in four of their last five matches.

Ajax are considered overwhelming favourites among the bookies with a home win priced at a minimal 1/8 by SBK. A victory for Venlo is valued at 27/1 by the same firm while a draw is set at odds of 10/1 by betfair.

The champions have been excellent lately and should ease to a comfortable victory here.

Ajax have never lost to Venlo with 16 wins and two draws from 18 previous matches. They triumphed 13-0 in the reverse fixture back in October.

Dusan Tadic is the top scorer for Ajax this season with 14 goals and the Serbian forward is priced at 5/6 by Skybet to score anytime. Midfielder Davy Klaasen has also impressed in recent weeks with three goals in his last three matches and could be worth a punt in the anytime goalscorer market at 13/8 with Paddy Power.

Ajax have kept clean sheets in six of their last eight Eredivisie matches with Jurrien Timber and Lisandro Martinez playing pivotal roles in central defence. They will be confident of keeping another clean sheet at 8/11 with Paddy Power.

With Ajax expected to earn a comfortable win, a -2 handicap bet could be worth considering at 10/11 with Paddy Power. The Amsterdam club could also be backed to score four or more goals at 6/5 with Skybet.

Ajax have a knack for scoring early goals and could be backed to be leading after 15 minutes at 23/10 with William Hill.

This Dutch Eredivisie match between Ajax and VVV Venlo will be played on May 13, 2021 and kick off at 13:30. Check below for our tipsters best Ajax vs VVV Venlo prediction. You may also visit our dedicated betting previews section for the most up to date previews.