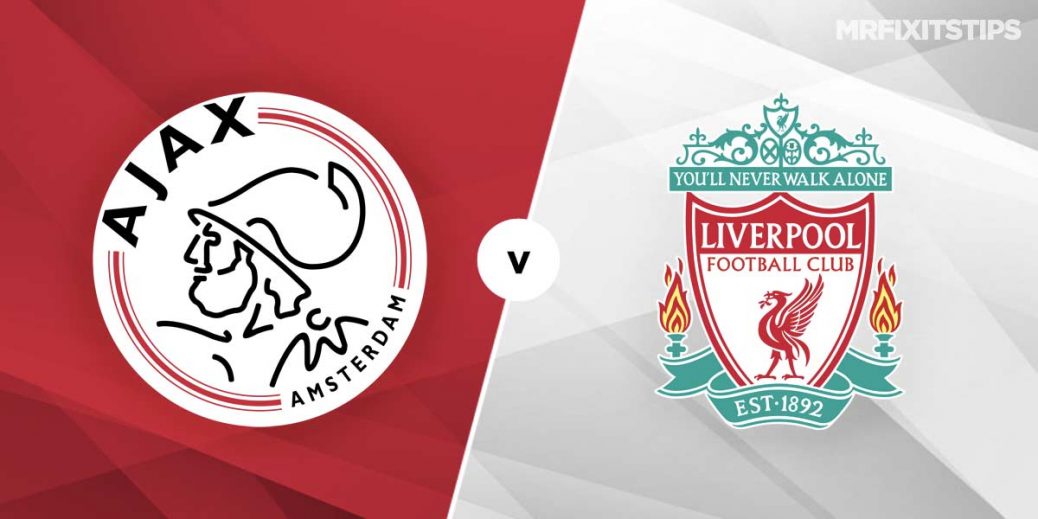 LIVERPOOL have saved some of their best performances for the Champions League and will need to be on form to claim victory in this tricky Group D opener away to Ajax.

Their reign as kings of Europe came to an end when Atletico Madrid dumped the Reds out at Anfield in the last game before football across the continent was shut down by Covid-19.

But Jurgen Klopp's men pounded Atletico that night and would have progressed had keeper Adrian not made a costly blunder. Had Liverpool progressed they would have stood an excellent chance of reaching a third successive final and Klopp will be targeting another long run in this season's competition.

The group is far from a given, though, with both Ajax and swashbuckling Italian side Atalanta capable of giving the English champions a bloody nose.

And the Anfield side have looked vulnerable, crashing to a 7-2 loss at Aston Villa and drawing 2-2 with Everton (below) in a game where our man Slips Tips cleaned up. With Virgil van Dijk out with a serious injury, the Dutch giants will fancy their chances of getting something from this glamour opener.

After their incredible run to the semi-finals in season 2018/19, Ajax disappointed a little in last term's Champions League, bowing out in the group stage after being pipped by Chelsea and Valencia.

Their eternal problem is hanging on to top players, with Hakim Ziyech, Donny van de Beek and Sergino Dest the big-money sales this summer, but the famous Ajax production line remains as slick as ever and the next generation will be out to shoot down Liverpool.

Erik ten Hag's men have won four of their five games this term so are in good shape ahead of this Euro opener.

I'm surprised to see Ajax as big as 4/1 with Unibet given Liverpool's poor recent form. Klopp's side are a best 10/13 at VBet while the draw is 16/5 at BetVictor and shouldn't be ruled out.

Liverpool star Van Dijk (below) is out long term after a shocking tackle from Everton keeper Jordan Pickford in the derby draw. Thiago Alcantara was also clattered by Richarlison in that game and is a doubt, along with fellow midfielder Naby Kieta. First-choice keeper Alisson and midfielder Alex Oxlade-Chamberlain remain out.

New Ajax signing Davy Klaassen made his second debut in the weekend win over Heerenveen after returning from Werder Bremen and should feature again. Boss Ten Hag has no major injury worries.

Brazilian kid Antony was Ajax's big summer signing and is 7/2 for a goal with Paddy Power but he was benched against Heerenveen after a poor display in the loss to Groningen. So I'm going for Dusan Tadic at 27/10 with Unibet for anytime scorer given the Serb takes Ajax's penalties.

Roberto Firmino is still waiting for his first goal of the season and that sees him as big as 11/5 with BetVictor for anytime scorer. The Brazilian is too good a player to go much longer without netting so that looks decent value.

With Alisson and Van Dijk out, I fancy Ajax to get some joy and they are a tempting 13/8 with Betfred to score over 1.5 goals. Both teams to score doesn't offer great value at a best 13/35 with SportNation so try over 3.5 match goals which is 5/4 at 888Sport.

Both sides play with a lot of width so we could see a few corners. Liverpool have averaged over eight this season and Ajax just under six so try over 9.5 match corners at 17/20 with 888Sport.

This UEFA Champions League match between Ajax and Liverpool will be played on Oct 21, 2020 and kick off at 20:00. Check below for our tipsters best Ajax vs Liverpool prediction. You may also visit our dedicated betting previews section for the most up to date previews.