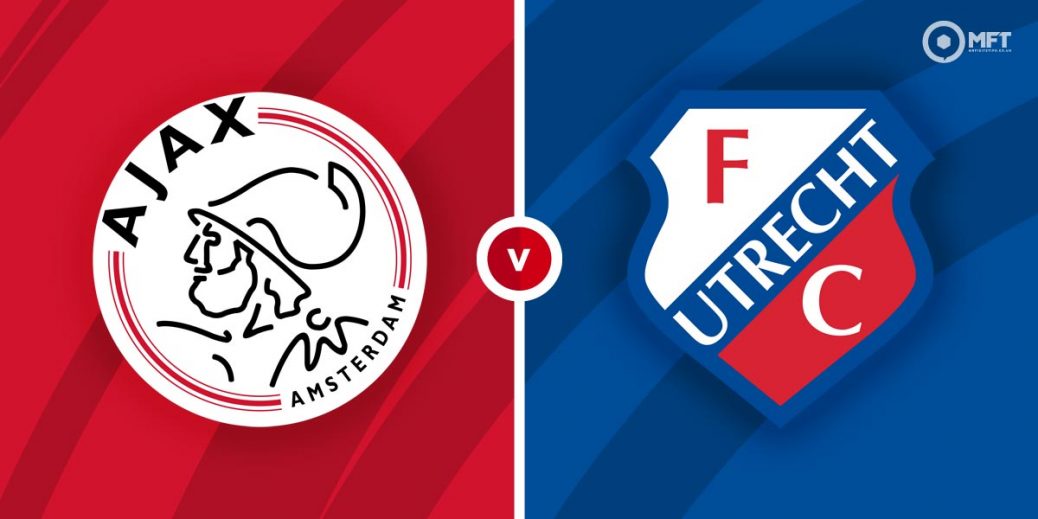 Fresh from their victory in the Dutch Cup, Ajax return to their quest for a domestic double as they host Utrecht in an Eredivisie clash at the Johan Cruyff Arena. The champions have lost just once at home all season and should be too strong for their visitors.

Ajax claimed their 20th Dutch Cup title on Sunday with a 2-1 win over Vitesse in the final. They took the lead through Ryan Gravenberch and needed a 90th minute effort from David Neres to secure the win.

The Amsterdam club must now turn their attention to the Eredivisie where they are well on course to successfully defending their title. They are 11 points clear at the top of the table having played a game less than the rest of the chasing pack.

Eric Ten Hag’s men do their best work at home and have been beaten just once at the Johan Cruyff Arena all season. They have won their last four home matches, with a 5-0 victory over ADO Den Haag and a 4-2 triumph against Sparta Rotterdam among their results in that run.

Utrecht are coming off a 2-1 defeat against Feyenoord last time out in the Eredivisie. They took an early lead through Leroy Fer's own goal but were unable to hold on for the win.

Rene Hake's men are hoping to secure a Europa League playoff place and sit seventh on the table, four points above Heracles. Their form has been patchy in recent weeks with three wins and as many defeats in their last six matches.

The bookies have installed Ajax as overwhelming favourites with a home win priced at 3/7 by SBK. A victory for Utrecht is valued at 13/2 by William Hill while bet365 is offering 4/1 for a draw.

Given Ajax’s solid record at the Johan Cruyff Arena, I am leaning towards a comfortable victory here.

Ajax have the upper hand in this fixture with 32 wins from 60 previous matches. Utrecht have been victorious 17 times while there have been 11 draws between both teams.

The Amsterdam club claimed a 3-0 victory in the reverse fixture and also triumphed 5-4 when both teams met in the Dutch Cup.

Davy Klaassen carries a significant goal threat from midfield and could be worth a punt to score anytime at 17/10 with Unibet. Dusan Tadic is the team’s top scorer with 14 goals and is priced at 21/20 by Unibet in the same market.

Midfielder Sander Van Der Streek is the top scorer for Utrecht this season and is priced at 11/4 by Vbet to score anytime. Striker Mimoun Mahi has seven goals and is also worth keeping an eye on in the same market at 3/1 with Unibet.

Ajax have plenty of quality in attack and often score goals in their matches. Over 4.5 goals is valued at 12/5 by SBK while over 3.5 goals is priced at 21/20 by Red Zone.

This Dutch Eredivisie match between Ajax and FC Utrecht will be played on Apr 22, 2021 and kick off at 17:45. Check below for our tipsters best Ajax vs FC Utrecht prediction. You may also visit our dedicated betting previews section for the most up to date previews.