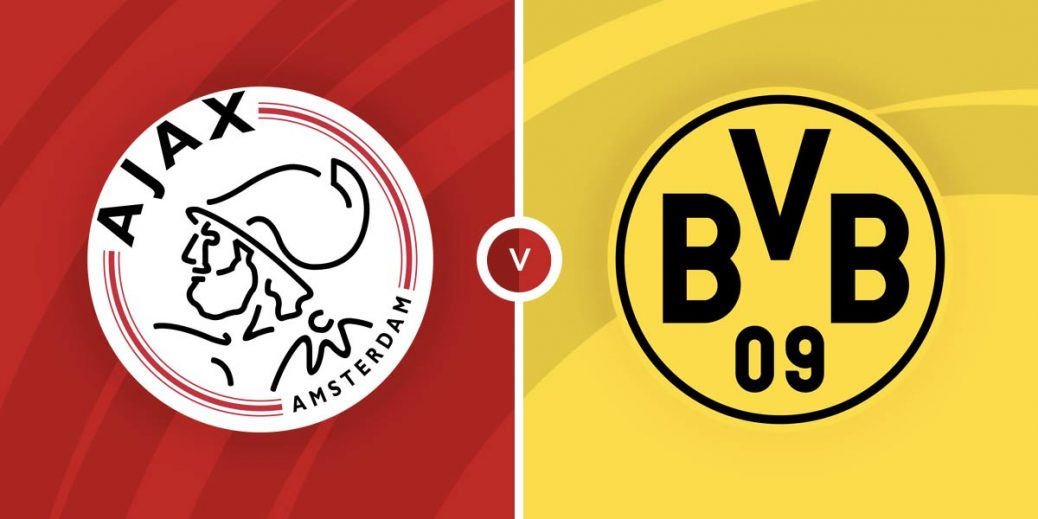 AJAX and Borussia Dortmund are both flying high in the Eredivisie and the Bundesliga and the clubs clash in what should be an entertaining Champions League group stage clash on Tuesday.

Two of the most prestigious names in this competition meet in Amsterdam and with both boasting a 100 per cent record in their two group games so far, it has all the ingredients of a cracker.

Both sides should be going into this brimming with confidence. Ajax got back to winning ways in the Dutch top flight with a win at Heerenveen, after they were previously stunned at home by FC Utrecht. But they are clear on top of the league with seven wins from nine games. Ajax also hammered Sporting Lisbon in Portugal and beat Besiktas in Turkey.

Dortmund went top of the Bundesliga for 24 hours anyway when they beat Mainz 3-1 at home on Saturday. They have won all five Bundesliga home matches, but have lost twice away which could be a concern. In this group, they have won in Besiktas and beat Sporting too.

Ajax are favourites at 24/19 to get the home win with SBK, with the Germans outsiders at 41/20 with Mansionbet. The draw is 3/1 with Betfred.

The clubs have met four teams in Europe and it's two wins apiece, although the last of those games was nine years ago.

Here's Ajax warming up for this with that win in Heerenveen.

Ivory Coast striker Sebastian Haller has 17 goals in 27 league starts for Ajax. He has scored 11 goals in 11 games for the Amsterdam club including an incredible four-goal haul against Sporting Lisbon and a goal at the weekend too. The 11/8 with Unibet for him to score anytime looks value.

No prizes for guessing who is favourite to score anytime, even though his side are outsiders. And the 8/11 on offer from bet365 for Erling Braut Haaland – who has an astonishing 18 goals in 12 appearances for club and country this season – will still find plenty of takers.

There surely has to be goals here with both teams having such potent attacks, but the best you will get for both teams to score is 1/2.

They should go at it hammer and tong from the start here, so the 5/2 with bet365 for both teams to score in the first half should have a chance.

Ajax look to be the value bet though at odds-against. Dortmund have twice lost on the road in the Bundesliga and the Dutch cracks have been a machine in Europe too.

This UEFA Champions League match between Ajax and Borussia Dortmund will be played on Oct 19, 2021 and kick off at 20:00. Check below for our tipsters best Ajax vs Borussia Dortmund prediction. You may also visit our dedicated betting previews section for the most up to date previews.