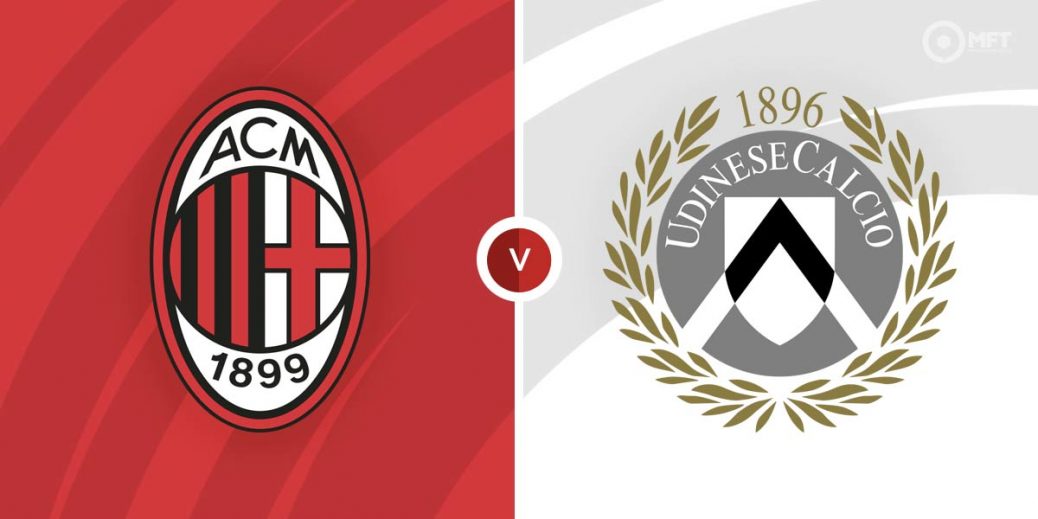 The task for AC Milan will be to strengthen their grip at the top of Serie A as they welcome Udinese to the San Siro on Friday. The visitors are struggling at the moment and should find things difficult in Milan.

AC Milan will be disappointed with their performance last time out as they were held to a 2-2 draw at bottom side Salernitana. They made a fast start and raced to an early lead through Junior Messias but needed a second half equaliser from Ante Rebic after the hosts had turned things around.

Despite that result, Inter Milan’s home defeat to Sassuolo means the Rossoneri are now two points clear at the top. Having won their last three matches, Stefano Pioli’s men will be confident of picking up the points.

AC Milan have a good record at the San Siro with just one defeat from their last six home matches across all competitions. They have won the last two fixtures in that run, easing past Lazio 4-0 in the Coppa Italia and also claiming a 1-0 victory over Sampdoria in their previous fixture in front of their fans.

In contrast to AC Milan’s fine showings, things appear to be going downhill for Udinese in recent weeks. They have claimed just one win from their last seven matches across all competitions and are only three points above the bottom three in Serie A.

Udinese will be looking to take some confidence from the 1-1 draw with Lazio in their previous Serie A fixture. They took an early lead through Gerard Deolofeu but failed to hold on and were pegged back right before the break.

Among the problems for Udinese this season is a poor record on their travels where they have claimed just one win from their last 10 matches in Serie A. Gabriele Cioffi’s men suffered a 4-0 defeat to fellow strugglers Venezia in their previous Serie A fixture on the road.

The bookies have AC Milan as overwhelming favourites with a home win priced at 17/35 by SBK. A victory for Udinese is valued at 34/5 by Vbet while a draw is set at odds of 7/2 by betfair.

AC Milan have claimed two wins and as many draws from the last four matches with Udinese. It was a 1-1 draw in the reverse fixture with Zlatan Ibrahimovic netting a late equaliser for Milan after Beto had given Udinese the lead.

Rafael Leao often does his best work at the San Siro where he has scored five goals in his last six appearances. The Portuguese forward could be worth keeping an eye on for AC Milan and is priced at 13/10 by bet365 to find the net on Friday.

Beto was on target in the reverse fixture and remains the one to watch for Udinese. The striker will be looking to improve his tally of eight Serie A goals this season and is priced at 11/4 with bet365 to get on the score sheet on Friday.

Both teams have scored in their last four meetings and with AC Milan looking unconvincing at the back lately, a similar outcome could be on the cards at 22/23 with SBK. There were over 3.5 goals in Milan’s previous fixture and a repeat is priced at 2/1 with Unibet while over 2.5 goals is valued at 7/9 with SBK.

A straight win for AC Milan is priced at minimal odds so a win and over 2.5 goals should provide more value at 6/5 with Paddy Power.

This Serie A match between AC Milan and Udinese will be played on Feb 25, 2022 and kick off at 17:45. Check below for our tipsters best AC Milan vs Udinese prediction. You may also visit our dedicated betting previews section for the most up to date previews.