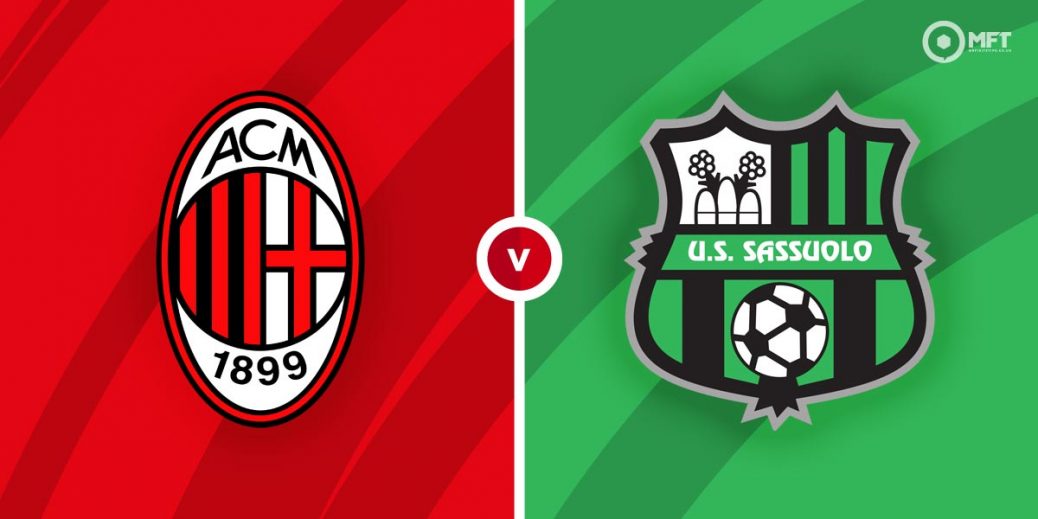 AC Milan continue their pursuit of bitter rivals Inter Milan as they welcome Sassuolo to the San Siro for a midweek Italian Serie A clash. It is always a tricky affair against Sassuolo but Milan’s experience should give them the edge at home.

The Rossoneri earned a 2-1 home victory against Genoa last time out in Serie A. Ante Rebic's early opener was cancelled out by the visitors before Gianluca Scamacca's own goal midway through the second half gave them the win.

Milan are still doggedly keeping up their pursuit of leaders Inter but may have to be weary of fast rising Juventus and Atalanta below them. They have momentum on their side, however, with three wins and a draw from their last five matches.

Stefano Pioli’s men have struggled defensively lately and are without a clean sheet in their last seven matches. However, they often edge out most opponents with the likes of Rafael Leao, Ante Rebic and Hakan Calhanoglu in attack.

Sassuolo are coming off a 3-1 victory over Fiorentina in their previous Serie A outing. They fought back from a goal down with two penalties from Domenico Berardi and an effort from Maxime Lopez earning them the win.

Roberto De Zerbi’s men are one of the trickier teams to face in Serie A and are all but assured of a top half finish. They still have slim hopes of a continental finish but are 12 points behind Lazio in sixth.

While Sassuolo have been generally solid this season, they have found things difficult on the road with three defeats in their last four away matches. Among the results in that run is a 2-1 defeat to Inter Milan while they were also beaten 2-0 by Udinese.

AC Milan are overwhelming favourites among the bookies and are priced at 8/13 by betway to win on Wednesday. A victory for Sassuolo is priced at 4/1 by Paddy Power while a draw is set at odds of 10/3 by betfair.

Given Sassuolo’s poor record on the road, I am backing AC Milan to earn the win here.

AC Milan have the advantage in this fixture with 10 wins from 16 previous matches. Sassuolo have been victorious four times while there have been two draws between both teams.

The Rossoneri earned a 2-1 victory in the reverse fixture back in December.

With Zlatan Ibrahimovic still serving a suspension, Ante Rebic will be the one to watch for AC Milan. The Croatian attacker has scored in his last two matches and is valued at 11/10 by bet365 in the anytime goalscorer market.

Domenico Berardi is the top scorer for Sassuolo with 13 goals this season. The striker netted a brace last time out and is valued at 2/1 by bet365 to score anytime.

With neither team particularly convincing at the back, the goals market is likely to provide some rewards. Over 4.5 goals is valued at 10/3 by BetVictor while over 3.5 goals is set at odds of 39/29 by SBK.

AC Milan are likely to score in both halves at 13/10 with William Hill. The Rossoneri could also be backed to earn a win and over 2.5 goals at 23/20 with betway.

This Serie A match between AC Milan and Sassuolo will be played on Apr 21, 2021 and kick off at 17:30. Check below for our tipsters best AC Milan vs Sassuolo prediction. You may also visit our dedicated betting previews section for the most up to date previews.