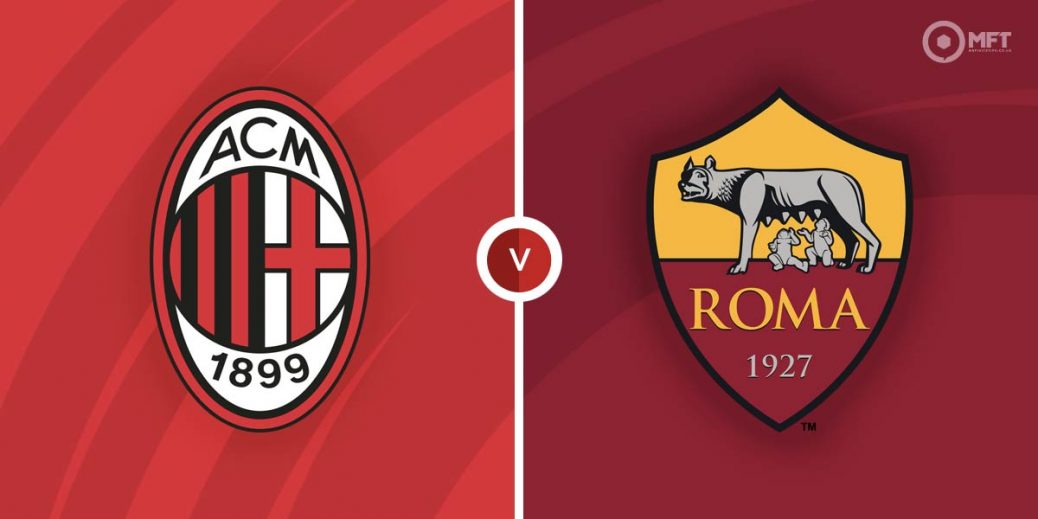 After enduring contrasting fortunes at the end of 2021, AC Milan and Roma usher in the new year with an exciting clash at the San Siro. Milan are looking to return to their early season form while Roma will be keen to keep up their momentum from the end of last year.

AC Milan made a great start to the season and along with Napoli, spent the early stages alternating the top two positions Serie A. Stefano Pioli’s men lost their way slightly towards the end but still remain second on the table, four points behind local rivals Inter Milan.

The Rossoneri ended 2021 with just one win from their final four matches across all competitions. However, that win was a 4-2 victory over Empoli in their final fixture of the year, which will give them something to build on in the second half of the season.

AC Milan kept a fairly solid record at home in the first half of the season and have won six of their last nine Serie A matches at the San Siro. However, defending remains a problem as they have kept just one clean in their last four league matches at home.

In contrast to AC Milan, Roma endured a difficult start to the season but have picked up their form in recent weeks. They are unbeaten in their last four matches across all competitions, claiming three wins in that run.

That run of results has rekindled Roma's push for a European finish as they are now six points behind fourth placed Atalanta. They did drop some points in their last fixture, playing out a 1-1 home draw with Sampdoria.

Roma have been plagued by inconsistency on their travels this season with five defeats from their last eight matches. They also continue to struggle at the back and have kept just one clean sheet in their last seven Serie A matches.

AC Milan are considered overwhelming favourites among the bookies at 24/25 with novibet while a victory for Roma is priced at 3/1 with bet365. A draw is set at odds of 14/5 with betway.

AC Milan have the upper hand in recent meetings against Roma with three wins and a draw from the last four matches. The Rossoneri claimed a 2-1 victory in the reverse fixture in October with Zlatan Ibrahimovic getting the opening goal.

Zlatan Ibrahimovic continues to roll back the years and is the top scorer for AC Milan this season with seven goals in 10 Serie A appearances. The veteran striker also has a good record against Roma with 13 goals in 22 matches and is priced at 21/20 by Betfred to get on the score sheet.

Roma’s resurgence at the end of 2021 coincided with an upturn in form from Tammy Abraham. The striker has seven goals in his last seven matches and is valued at 15/8 by Vbet to find the net on Thursday.

There were over 3.5 goals in AC Milan’s last fixture and a similar outcome is priced at 15/8 with BetVictor. Vbet is offering odds of 13/17 for over 2.5 goals while both teams could be backed to score at 9/13 with SBK.

AC Milan and Roma have found the net after the break in their last three meetings and both teams could be backed to score in the second half at 39/19 with SBK.

This Serie A match between AC Milan and Roma will be played on Jan 6, 2022 and kick off at 17:30. Check below for our tipsters best AC Milan vs Roma prediction. You may also visit our dedicated betting previews section for the most up to date previews.