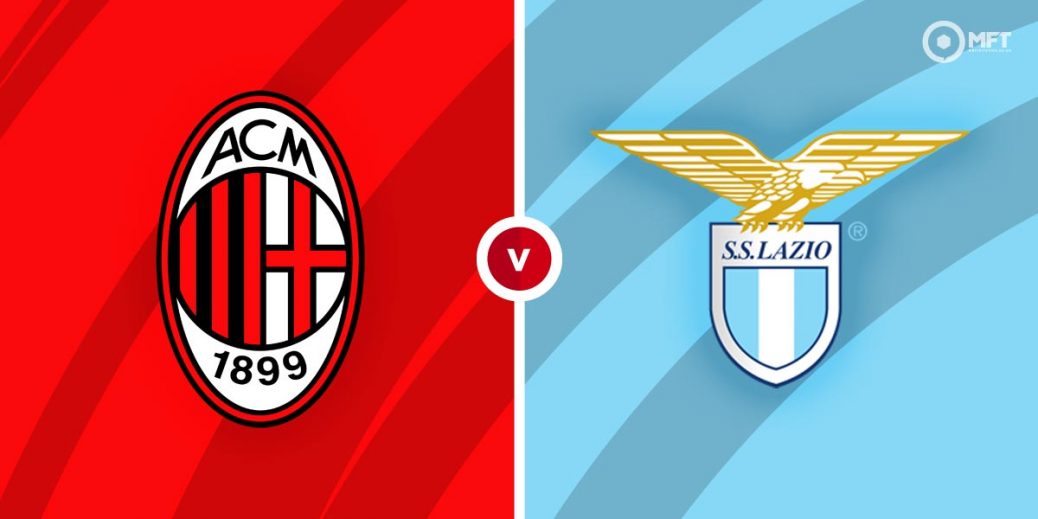 AC Milan and Lazio will put their 100% records on the line as they square off in an Italian Serie A clash at the San Siro. Both teams have been driven by a solid attack at the start of the season and are likely to produce goals on Sunday.

AC Milan underlined their title credentials with an impressive 4-1 victory over Cagliari in their previous Serie A fixture. Summer signing Olivier Giroud netted a brace while Sandro Tonali and Rafael Leao were also on target.

The Rossoneri enjoyed a resurgence under Stefano Pioli last season as they finished second on the table. They appear to have carried that form into this campaign and have won their opening two matches.

AC Milan bolstered their attack in the transfer window and appear to be coping well without injured striker Zlatan Ibrahimovic. Olivier Giroud already has two goals while the likes of Brahim Diaz and Rafael Leao have also been among the goals.

Lazio also showed their quality last time out in Serie A as they claimed a 6-1 victory over Spezia. Ciro Immobile netted a first half hat-trick while Felipe Anderson, Elseid Hysaj and Luis Alberto added further goals after the break.

The capital club are one of the top teams going through changes with former manager Simone Inzaghi now at Inter Milan. New boss Maurizio Sarri appears to have hit the ground running with Lazio winning their opening two matches.

Despite the managerial change, Lazio still look formidable with nine goals scored in just two matches. That early season form has been driven by the impressive Ciro Immobile, who has found the net four times already.

The bookies are split on this one with a win for AC Milan priced at 13/10 by SBK, who are also offering 9/4 for a Lazio victory. A draw is set at odds of 5/2 with William Hill.

Recent meetings between AC Milan and Lazio have been evenly split with both teams claiming three wins each from the last six matches. Both teams won their home fixture last season with Milan claiming a 3-2 victory at the San Siro while Lazio triumphed 3-0 at the Stadio Olimpico.

Olivier Giroud has settled quickly at AC Milan and netted a brace in his last appearance. The striker could be backed to find the net on Sunday at 17/10 with Betfred while the first goal is set at odds of 5/1 with bet365.

As always Ciro Immobile will be the one to watch for Lazio having already found the net four times this season. The striker is priced at 13/10 by Betfred to score anytime while the first goal is valued at 4/1 with betfair.

There were over 4.5 goals in the last meeting between AC Milan and Lazio at the San Siro and a similar outcome is priced at 19/5 with Paddy Power. Over 3.5 goals is priced at 17/10 with SBK.

Both teams scored second half goals in their last meeting at the San Siro and Sunday’s match is likely to follow a similar pattern at 7/4 with Paddy Power. The second half could also be tipped as the highest scoring half at evens with Skybet.

This Serie A match between AC Milan and Lazio will be played on Sep 12, 2021 and kick off at 17:00. Check below for our tipsters best AC Milan vs Lazio prediction. You may also visit our dedicated betting previews section for the most up to date previews.