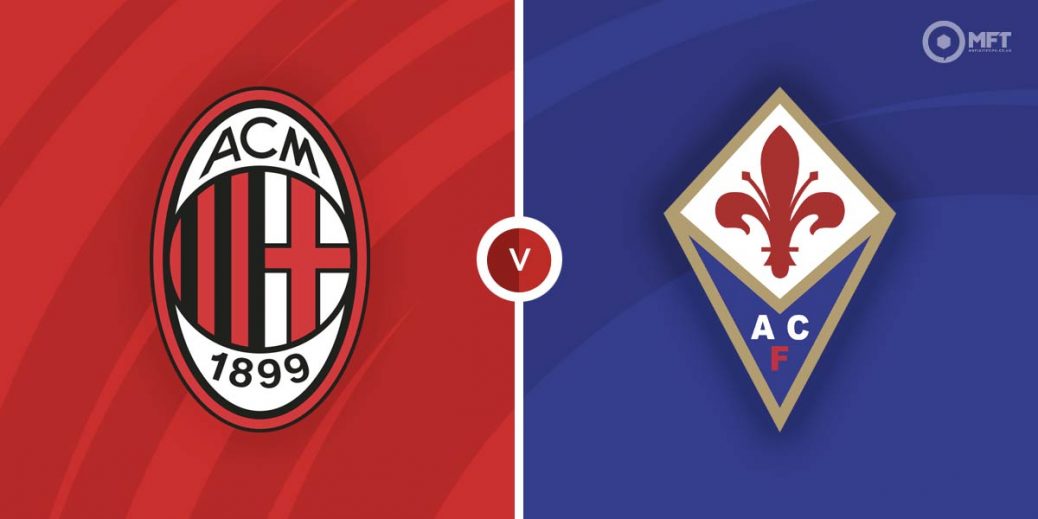 AC Milan have become the new frontrunners in the Serie A title race and will be looking to fend off local rivals Inter Milan. They welcome Fiorentina to the San Siro on Sunday and will be confident of seeing off the out of sorts visitors.

Following Inter Milan’s surprise defeat to Bologna, AC Milan now have the title race in their own hands. The Rossoneri are two points clear at the top of the standings and will emerge champions if their win their remaining four matches.

Although AC Milan have looked a bit laboured, they have only suffered one defeat in their last 12 Serie A matches. They came from behind to earn a 2-1 victory at Lazio in their previous fixture with Olivier Giroud getting the equaliser before Sandro Tonali struck the winner deep into added time.

The San Siro has been a solid stronghold for AC Milan who are unbeaten in their last six home matches. Stefano Pioli’s men claimed a 2-0 victory over Genoa in their previous fixture in front of their fans.

Sitting two points behind fifth place Roma, Fiorentina are still in contention for a European finish. However, they appear to have lost their way in recent weeks and have suffered defeats in their last three Serie A matches.

Fiorentina travel to Milan off the back of a disappointing 4-0 home defeat to Udinese in their previous Serie A fixture.

Manager Vincenzo Italiano will be targeting a swift return to winning ways to maintain Fiorentina’s push for Europe. They have won just once in their last five away matches and were beaten 2-1 by relegation threatened Salernitana in their previous fixture on the road.

AC Milan have the upper hand among the bookies and are priced at 11/18 by SBK to claim the win on Sunday. A victory for Fiorentina is valued at 19/4 by BetVictor while bet365 is offering odds of 3/1 for a draw.

Fiorentina claimed a 4-3 victory in the reverse fixture back in November but AC Milan had won the previous two matches. The Rossoneri also claimed a 2-0 win in the last meeting at the San Siro.

Olivier Giroud has a knack for scoring important goals for AC Milan and grabbed the equaliser last time out at Lazio. The striker now has nine Serie A goals this season and is priced at 15/11 by SBK to score anytime on Sunday.

Fiorentina will be looking to Nicolas Gonzalez to provide the spark in attack with his pace and movement often a threat to defenders. The Argentine attacker could be backed to get on the score sheet on Sunday at 4/1 by Sport Nation.

AC Milan and Fiorentina often serve up open, high scoring encounters and have produced over 3.5 goals in their last two meetings. A similar outcome is priced at 43/20 by Unibet while over 2.5 goals is valued at 10/13 by SBK, who are also offering odds of 6/7 on both teams to score.

Given the minimal odds for a straight AC Milan victory, a win and over 2.5 goals could provide more value at 7/5 with Paddy Power.

This Serie A match between AC Milan and Fiorentina will be played on May 1, 2022 and kick off at 14:00. Check below for our tipsters best AC Milan vs Fiorentina prediction. You may also visit our dedicated betting previews section for the most up to date previews.