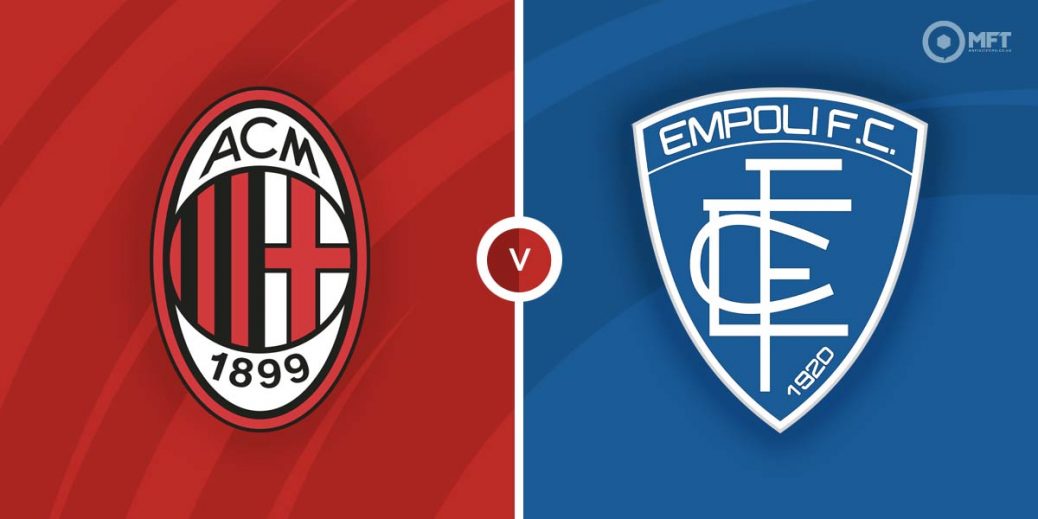 After rising to the top of Serie A, AC Milan will be aiming to fend off the chasing pack as they host Empoli on Saturday. The Rossoneri are looking confident at the moment and should be too strong for the struggling visitors.

AC Milan are coming off a 1-0 victory over title rivals Napoli in a top of the table Serie A clash last time out. Olivier Giroud's effort just after the restart proved to be the difference in a closely fought encounter.

That result means AC Milan have now suffered just one defeat in their last 10 Serie A matches, claiming six wins in that run. It was also enough to take Stefano Pioli’s men to the top of the standings and are now two points clear of local rivals Inter Milan.

AC Milan have been solid at the San Siro lately and are unbeaten in their last five home matches across all competitions. Their defence has been pivotal in recent weeks having kept four clean sheets in that run.

Empoli’s campaign appears to be badly unravelling as they are currently winless in their last 13 matches across all competitions. They are in the bottom half of the table but sit 10 points above the drop zone and are in no present danger of getting dragged into a relegation scrap.

Empoli have lost two of their last three Serie A matches and were held to a 0-0 draw by Genoa in their previous fixture.
The visitors have struggled for goals on their recent travels, failing to score in their last three away matches.

The bookies have AC Milan as overwhelming favourites with a home win priced at 3/8 by SBK. An unlikely victory for Empoli is valued at 9/1 by BetVictor while a draw is priced at 41/10 by SBK.

AC Milan have a 13-3 advantage with seven draws from 23 previous matches against Empoli. The Rossoneri have won the last two meetings, including a 4-2 victory in the reverse fixture back in December.

Olivier Giroud took his tally to eight Serie A goals this season with his effort last time out at Napoli. The striker has five goals in his last eight matches across all competitions and is priced at 11/10 with Betfred.

At the other end of the pitch, the duo of Fikayo Tomori and Pierre Kalulu have been just as impressive and will take confidence from the shutout at Napoli. Milan have kept clean sheets in four of their last five home matches and could be set for a repeat at 11/10 with Paddy Power.

Given Milan’s solid defensive displays in recent weeks, a win to nil could be on the cards at 11/8 with BetVictor. Having put four goals past Empoli in the reverse fixture, the Rossoneri could also be backed in the -1 handicap market at 21/20 with Betfred.

Empoli are without a goal in their last three away matches and with that run expected to continue on Saturday, AC Milan could be tipped as the only team to score on Saturday at 6/5 with bet365.

This Serie A match between AC Milan and Empoli will be played on Mar 12, 2022 and kick off at 19:45. Check below for our tipsters best AC Milan vs Empoli prediction. You may also visit our dedicated betting previews section for the most up to date previews.