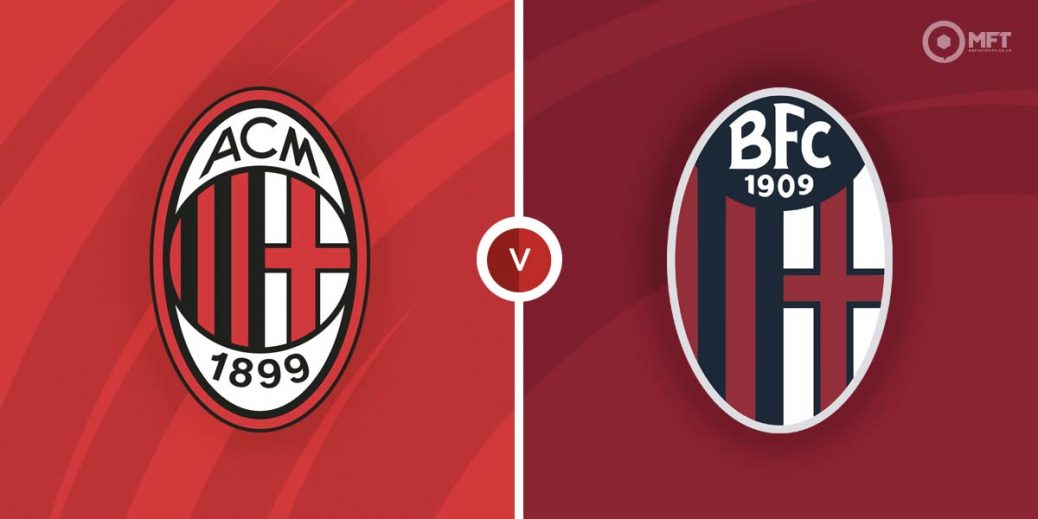 AC Milan will be looking to strengthen their lead at the top of Serie A when they host Bologna in Monday night. The visitors have little to play for at the moment and are not expected to put up much of a fight against the Rossoneri.

Sitting three points clear at the top of the standings, the task for AC Milan is to maintain their lead and end their 10-year Serie A title drought. With the chasing pack all facing each other this weekend, that lead could be extended to six points after this round of matches.

As the season approaches the business end, AC Milan have developed an efficient streak. They have claimed 1-0 wins in their last three matches, beating Napoli, Empoli and Cagliari before the international break.

AC Milan’s good form has been driven by a strong defence. Stefano Pioli’s men have kept clean sheets in their last four Serie A matches having also faced champions Inter Milan in that run.

Bologna have entered that awkward stage of the season where there is little to play for. They hold a comfortable lead above the relegation zone and are not fighting for much further up the table.

Sitting nine points off 10th place with nine matches left to play, a finish in the top half is mathematically achievable for Bologna this season. However, they have struggled to find their best form in recent weeks and are winless in their last four matches, suffering a 1-0 loss to Atalanta in their previous fixture.

Another problem for Bologna heading into Monday’s clash is taheir poor record on their recent travels. Sinisa Mihailovic’s men are winless in their last five Serie A away matches, suffering four defeats in that run.

The bookies have AC Milan as overwhelming favourites with a home win priced at 7/17 by SBK. An unlikely victory for Bologna is valued at 17/2 with William Hill while a draw is set at odds of 19/5 by Unibet.

AC Milan often have the upper hand against Bologna and have won the last six meetings. The Rossoneri claimed a 4-2 victory in the reverse fixture back in October.

Olivier Giroud has been pivotal to AC Milan’s recent good form and has now taken his tally to eight Serie A goals this season. The French striker is also coming off a fine outing for France during the international break and could be backed to get on the score sheet on Monday at 5/4 with Betfred.

Milan’s defence also deserve some praise for their impressive showings in recent times. Driven by the solid partnership of Fikayo Tomori and Pierre Kalulu, they will be targeting a fifth straight clean sheet at evens with Paddy Power.

Given AC Milan’s solid defence, BTTS NO could be on the cards at 5/6 with SBK. They have also won to nil in their last three matches and could be set for a similar outcome at 5/4 with BetVictor.

The Rossoneri will be targeting a more comfortable win than their recent results and could be backed in the -1 handicap market at 11/10 with Paddy Power.

This Serie A match between AC Milan and Bologna will be played on Apr 4, 2022 and kick off at 19:45. Check below for our tipsters best AC Milan vs Bologna prediction. You may also visit our dedicated betting previews section for the most up to date previews.