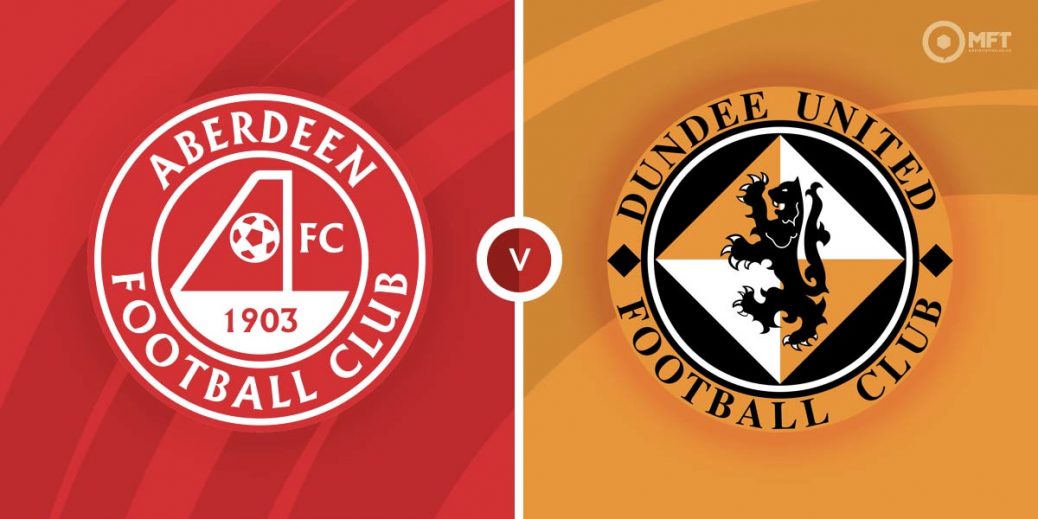 JIM GOODWIN makes his Pittodrie bow with a New Firm derby against Dundee United and it will be fascinating to see if the new Aberdeen boss can spark the underachievers back to life.

The Irishman was in the dugout at Fir Park last weekend just hours after moving from St Mirren and secured a point away to a Motherwell team who had already beaten the Dons three times this season.

Now he's had a week to start to implementing his ideas and Aberdeen need to start picking up some wins after going seven games without a victory.

That has left them a lowly eighth but the SPFL Premiership is tightly congested in midtable and a win here would take Goodwin's men above United, who currently sit in the top six.

The Dons will also have plenty of motivation, with legendary boss Alex Ferguson in the stands after having a statue unveiled outside of Pittodrie.

The Tannadice side also struggled either side of the winter break, losing six in a row, but they have bounced back and are now five unbeaten after a battling draw with champions Rangers at the weekend.

Our man Mark fancied Gers to edge that one but still ended up making a profit as his 11/2 corner bet came up.

Dundee United defended valiantly in that game but now need to find more of a cutting edge up front if they are to cement their place in the top six.

I'm surprised to see Aberdeen at a best 7/10 (BoyleSports) for the win after going seven games without a victory. Dundee United are as big as 19/4 with Coral while the draw pays 53/20 at Mansionbet.

Dundee United have had the upper hand in this fixture since returning to the top flight, losing just one of the last six clashes with Aberdeen. But that loss did come on their last trip to Pittodrie as the Dons eased to a 2-0 home win on the opening weekend of the Premiership season (below).

Christian Ramirez has been one of the few success stories for Aberdeen this season, with the American netting 15 times already in his debut campaign. He's 8/5 with Bet365 for anytime scorer in this one.

Manchester United loanee Dylan Levitt looks like a class act and is now adding goals to his game for Dundee United. The Welsh midfielder is 9/1 with Bet365 for anytime scorer at Pittodrie which looks a bit on the generous side.

BTTS has failed to land in the last six meetings and this could be a tight game too. Betting against both teams scoring pays just 13/20 at BetVictor though while under 2.5 goals is even worse at 11/20 (BoyleSports).

There's better value in backing the half-time draw at 27/25 with Unibet while a one-goal winning margin for either side is priced 11/8 at McBookie.

Goodwin will have his players fired-up and Dundee United won't shy away from the battle. That could make it a busy day for the ref but the bookies haven't priced up the card markets yet.

Dundee United haven't been scoring a lot of goals, with just four in their last six. They drew a blank in three of those games so an Aberdeen clean sheet here could be worth a punt at 10/11 with SkyBet.

This Scottish Premiership match between Aberdeen and Dundee United will be played on Feb 26, 2022 and kick off at 15:00. Check below for our tipsters best Aberdeen vs Dundee United prediction. You may also visit our dedicated betting previews section for the most up to date previews.