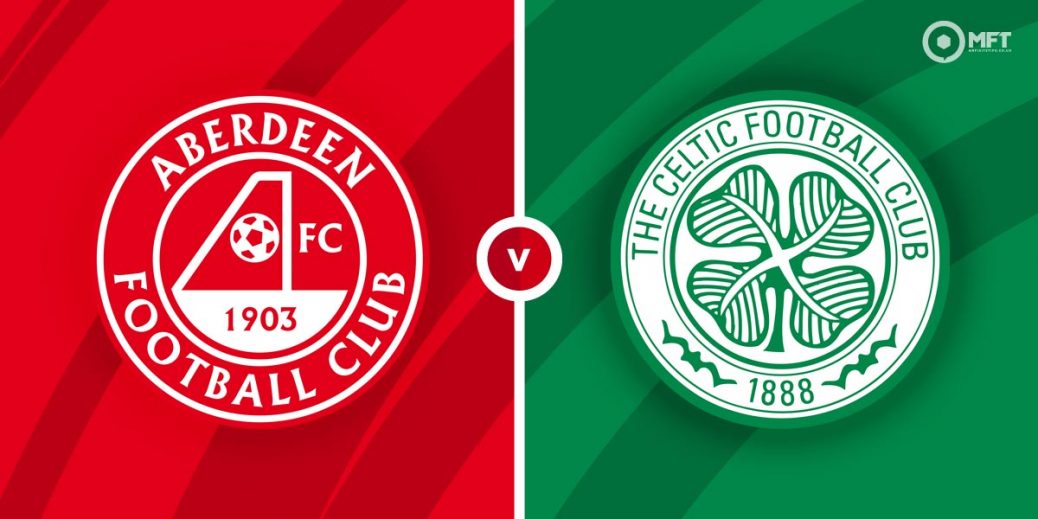 ABERDEEN have gone 13 games without a win over Celtic but will fancy their chances in this Premiership clash with the Hoops still hurting from their Scottish Cup defeat to Rangers.

Our man Mark fancied the Hoops to salvage their season at Ibrox on Sunday but instead a 2-0 loss capped a campaign that will go down in infamy at Parkhead.

Celtic will end the season without a trophy for the first time since 2010 and they desperately need to appoint a new manager so they can start to plot a revival.

Aberdeen already have their new gaffer in place, with Stephen Glass taking charge for the first time as the Dons saw off Livingston in the Scottish Cup on Saturday.

It looked like Livi would ruin his day as they twice took the lead but Aberdeen showed character to take it to penalties and prevailed in the shoot-out.

Lifting the cup would be a great start to Glass' reign but he will also be targeting third place and a win against Celtic will be vital to their hopes of catching Hibs.

Despite their demoralising defeat at the weekend, Celtic remain odds-on favourites for a Pittodrie win and are a best 81/100 at Novibet. The Dons are 4/1 shots with Skybet while the draw pays 11/4 at Bet365.

Celtic haven't lost to Aberdeen since Andy Considine grabbed the only goal at Parkhead on the final day of the 2017/18 season. The Hoops have won eight of the last nine meetings but it did end level when they last came to Pittodrie in a 3-3 thriller (below).

Florian Kamberi impressed off the bench on Saturday and scored his first Aberdeen goal to take the game to penalties. The former Hibs and Rangers striker also looked good against the Hoops in a 1-0 defeat at Parkhead earlier this season and is 4/1 with Paddy Power to score here.

I'd expect John Kennedy to make a few changes for Celtic and Tom Rogic could be worth a punt if he's handed a start. The Aussie loves a goal against Aberdeen, netting against them five times, and is 4/1 at Unibet for anytime scorer.

Celtic skipper Scott Brown is joining the Dons as player-coach next term so that adds another interesting subplot. He has enjoyed some memorable battles with Lewis Ferguson over the years and it could pay to back them for a card. But there's no markets for cards yet and Brown might also be conveniently rested during a hectic run of fixtures.

Four of the last six meetings have seen a one-goal winning margin so that bet definitely stands a chance here. TonyBet price it at 7/5.

A lack of firepower led to Derek McInnes being axed as boss and Aberdeen went on a horror run of only one goal in 10 games. But they have scored four in their last three games and could get some joy against a suspect Hoops defence. They are 4/6 with Genting to score and BTTS pays 21/20 with SportNation.

The Hoops should be on the front foot so I fancy them in the corners handicap, with TonyBet pricing Celtic -1.5 at 4/5 which is a good option for accas.

This Scottish Premiership match between Aberdeen and Celtic will be played on Apr 21, 2021 and kick off at 19:45. Check below for our tipsters best Aberdeen vs Celtic prediction. You may also visit our dedicated betting previews section for the most up to date previews.