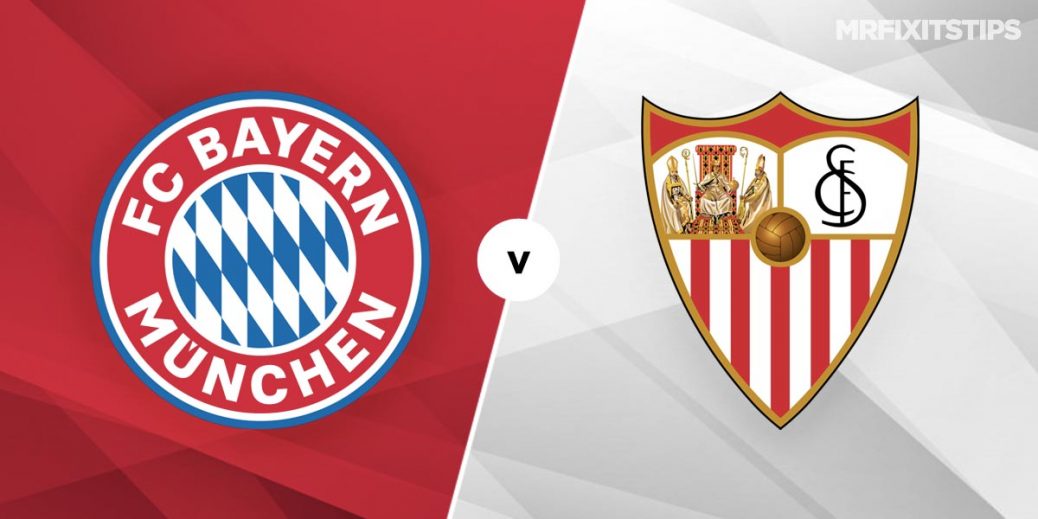 And the Germans have picked up where they left off, starting the new Bundesliga campaign with an 8-0 home thrashing of Schalke to extend a blistering run of form since the turn of the year to 30 wins and one draw.

Sevilla's form isn't too shabby either, with Julen Lopetegui's men unbeaten in a 22-game spell stretching back to February.

They have yet to kick off the new La Liga campaign, with a friendly win over Osasuna their only action since the Europa final.

Bayern, triumphant on their last Super Cup appearance in 2013, are 1-3 at bet365 to repeat the feat in Budapest.

The draw – which has landed in four of the last five finals – pays 24-5 at Unibet, while a Sevilla success is 7-1 at Betfred.

Plenty have tried and failed to get the better of Hansi Flick's Bayern and this showpiece looks to be no different.

The Germans should have a match fitness advantage and their high-pressing, high-intensity game can ovverun Sevilla.

Flick's side do tend to cough up chances at the other end, though, and the Bayern win and both teams to score tempts at 27-20 with SportNation.

After an incredible 59 goals in 53 games for club and country last term, Robert Lewandowski hit the ground running with a strike in last week's shellacking of Schalke.

The Poland striker is a paltry 2-5 to net against Sevilla, so instead go for fellow forward Serge Gnabry.

The former Arsenal ace upstaged Lewandowski with a hat-trick in the Bundesliga opener, and is 6-5 at Skybet to follow it up with another strike in this one.

This UEFA Super Cup match between Bayern Munich and Sevilla will be played on Sep 24, 2020 and kick off at 20:00. Check below for our tipsters best Bayern Munich vs Sevilla prediction.