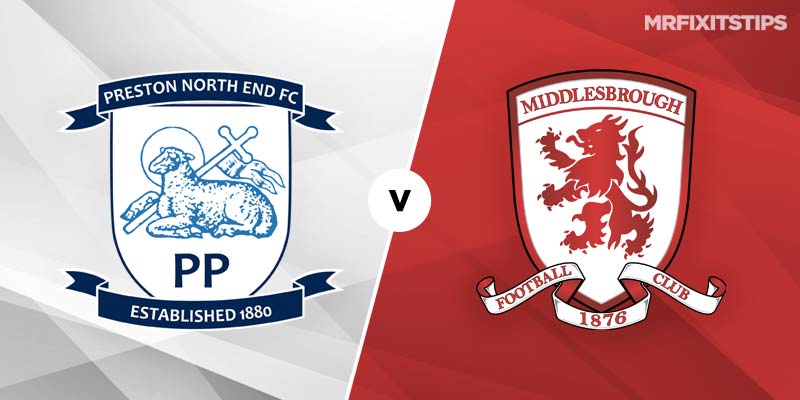 MIDDLESBROUGH (2nd in the league) travel to Deepdale to take on 16th place Preston.

Preston had a awful start to the season, only winning one game out of the first ten but since then Alex Neil’s side have won four and drawn four of the next eight which has taken them out of the relegation zone. They have been the most entertaining side recently scoring four goals in three of the last four home games and at home there games are averaging over four goals.

However, they face the best defence in the Championship in a Middlesbrough side that has only conceded nine goals in 18 outings. The only time they have concede more than one goal away from home was only the opening game of the season at Millwall (2-2).

Middlesbrough travelled to Preston in the EFL Cup 3rd Round and Preston led on two occasions before drawing 2-2 and finally going out on penalties 4-3. The Middlesbrough side that night included fringe players and academy players and will field a totally different side for the league game.

Tony Pulis will accept a same performance as they did on Friday night when winning at Brentford 2-1 when they showed good old North East grit.

I again expect another close game with Preston on the front foot from the start and Middlesbrough soaking up the pressure while trying to hit them on the break with the line being led by local lad Jordan Hugill.

On the head-to-head front it favours the visitors with seven wins and five draws out of the last 12. So Preston are up against it but are playing with a lot of confidence at the moment.