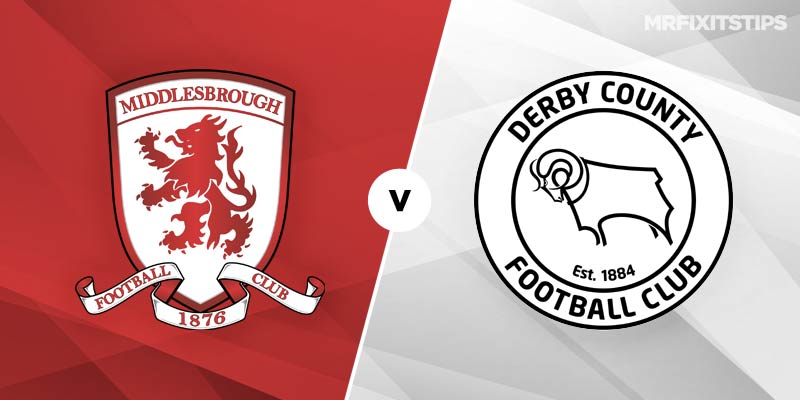 MY West Brom v Derby tips all came home to roost for a 13 points gain to level stakes.

The follow-up comments about team selection boosted my belief Derby were overpriced for the win at 14-5.

Frank Lampard said post-match we were not clinical enough and could have grabbed another couple. WBA's goal was avoidable but the fast-pressing game our front three imposed early on set the tone for the rest of the team to not allow the home side time on the ball.

This forced them into many errors and we capitalised. I predicted they'd come at us and it would open the game up and I see much the same for this mouthwatering televised game at another top-four side in Middlesbrough.

The way we are playing we still need to give teams respect but shouldn't be fearing anyone.

Middlesbrough have only really played one game in six against decent opposition and lost that one 2-0 at home to Forest. Boro have also not found the net in their last three at home.

Surely they can't fire blanks for a fourth game with home advantage? Nope, me neither. Derby do not know how to keep a clean sheet but do know how to attack.

I'm going to stick with what I know and since all four recommended bets would of delivered in the last two Derby matches I'm picking the same ones.

Derby will probably name the same starting XI. If it's not broke, don't fix it.

But I've spotted something else in a different game too … Leeds v Nottm Forest. Leeds should win this one, their home form is worth taking note of and although they had a ropey patch a few games back they seem to have got that monkey off their backs.

Forest have so far proven me wrong. Their side is starting to click, they're scoring goals, but in terms of quality all over the field, man for man, I think they're a few steps behind Leeds.

I'm going to add a fifth and sixth bet to my tips. I will be placing all four permutations of my third and fourth tips in the Derby game with the other two potential outcomes in the Leeds game.

For those feeling braver (singles & doubles)