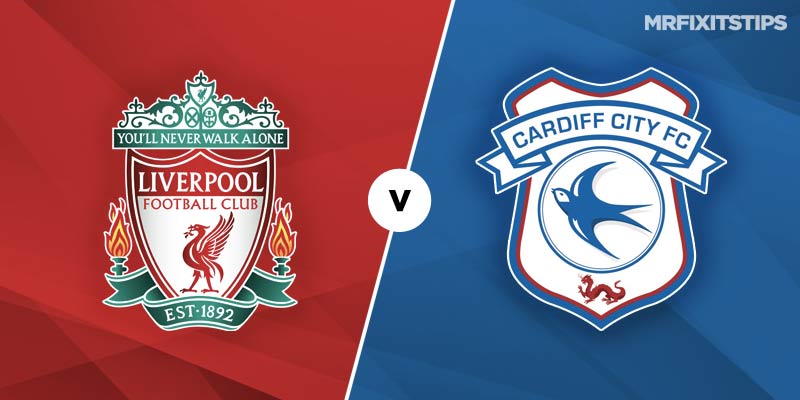 However, both teams come into today's game having scored four goals in their last game. But tellingly Liverpool produced the four goals in a Champions League match and Cardiff scored their four against a struggling Fulham side and in doing so doubled their league goals tally.

Cardiff's last win against Liverpool was in 1959 and at least three goals have been scored between the sides in their last 10 games.

It's therefore fair to presume this game should see Liverpool score quite a few goals with their swashbuckling style of play against a dogged Neil Warnock lead team. I'm therefore focusing while creating my bet builders on Liverpool players to score and Cardiff players being booked trying to stop them.

Not too many league goals have been shared around this Liverpool side. Though when you have a front three of Salah, Mane and Firmino you don't really need to look elsewhere for goals.

It's been encouraging to see Salah and Firmino score recently, especially as both have deserved to see the ball hit the back of the net following all their efforts. I will be using these two for anytime goalscorers in my bet builders.

Liverpool don't tend to get many cards against the lower-ranked teams in the league, mainly because they are mostly attacking and not defending.

Cardiff will have to use every means possible to stem the flow of the Reds flair players, which I feel means they may see quite a few cards.

Referee Stuart Atwell has also shown 32 yellows and one red card in only seven  games this season so that adds to the risk for Cardiff.

If he was playing I would have definitely plumped for Joe Ralls to be booked but unfortunately he is suspended following a red card. Therefore my next choice would be Harry Arter who already has four yellows against his name this season.

I am also looking at Victor Camarasa who has been booked twice this season and the defenders who will probably line up against Liverpool's front three – Joe Bennett, Sol Bamba and Sean Morrison.

I also can't see Cardiff scoring against Liverpool so will be opting for not to both teams to score.