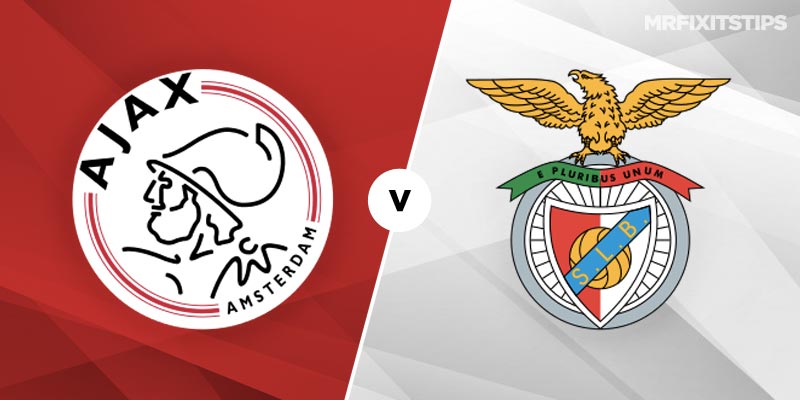 TWO European giants meet in Amsterdam on Tuesday and it's perhaps a sad relection of the state of the European football that despite winning the trophy six times and a total of 13 final appearances between them both Ajax and Benfica now fight for the scraps from the table of the continent's elite.

Neither have a hope of winning the trophy but both are in the hunt for a last 16 berth that would mark their campaign out as being successful.

Ajax top Group E on goal difference and took advantage of Bayern Munich's lacklustre start to the season by claiming at 1-1 draw at the Allianz Arena on Matchday 2. That moved them on to four points, one ahead of Benfica.

As you'd expect the bookies make Ajax favourites but I thought they'd be slightly shorter than the 1/1 odds being quoted. They've lost just once in their last 16 in all competitions and just one of their last seven Champions League matches at the Amsterdam ArenA.

Benfica on the other hand recorded their first away win in nine when the beat AEK Athens 3-2 last time out. In fact they've won just 3 of their last 13 European fixtures (W3 D2 L8).

Goals could be on the menu. Ajax have won their last six home games by two goals or more, scoring three or more on each occasion, while Benfica have scored at least two in their last six away matches.

On the goal-scoring front Klaas-jan Huntelaar may fall frimly in to the ‘veteran' category these days but he still retains the sharpness that helped build his reputation in the Dutch Eredivisie. He's scored six in nine domestically and has scored twice in three previous matches against Benfica. He's 15/4 to open the scoring.