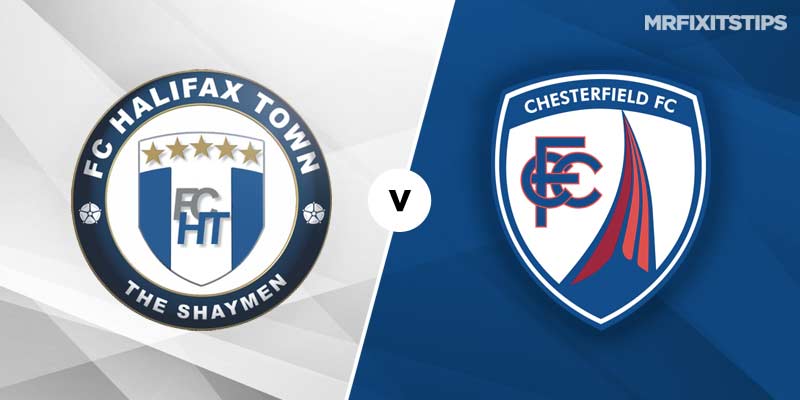 THE international break certainly bores plenty of punters, but, it has led to my team Chesterfield being one of the few on TV this weekend but, I don't think this will be one to bring about much excitement to the neutral.

Where do I start about my club, as if 2 successive relegations wasn't enough. We now lie just 2 points off the relegation zone to the conference north. When Manchester United fans think its bad at the moment they should try being a Chesterfield supporter! The fact that I am gutted that we aren't playing in this weeks checkatrade trophy fixtures tells you everything. If you want to read more about the turmoil at the club on and off the pitch this article is a very good read.

The wretched mire of Chesterfield: A look at the most miserable team to support in England

So, in terms of the form of the two sides, neither are in good form. Chesterfield are 12 games without a win and Halifax are 8 without victory.

Chesterfields big problem is their lack of attacking threat. Former Celtic forward Marc Antoine Fortune leads the line for the spireites but he isn't renowned for being a goalscorer. The fact that the team have only scored three goals in the last ten again makes for grim reading.

Halifax are more prolific but, still have only got 6 goals in their last 10 games. With both teams on poor runs I'd suspect the game will be a cagey affair. Against Fylde on Saturday I saw a small improvement with Chesterfield boss Martin Allen playing even more defensively and I suspect he'll adopt similar tactics again. I Wouldn't put people off backing Under 2.5 goals at 4/6 with bet365 and betfairs under 1.5 at 2/1 also could have a chance. We have had 10 out of our 15 games go under 2.5

Results wise I have no idea how a team on a 12 match winless streak can be favourites at 5/4! But, yes somehow Chesterfield are. Normally, I'd be tempted to back Halifax but I'm not sure if a team without a win in 8 is backable either.