Norwegian Football Tips: 27/1 Away Day Treble Worth a Shot

Home Norwegian Football Tips: 27/1 Away Day Treble Worth a Shot 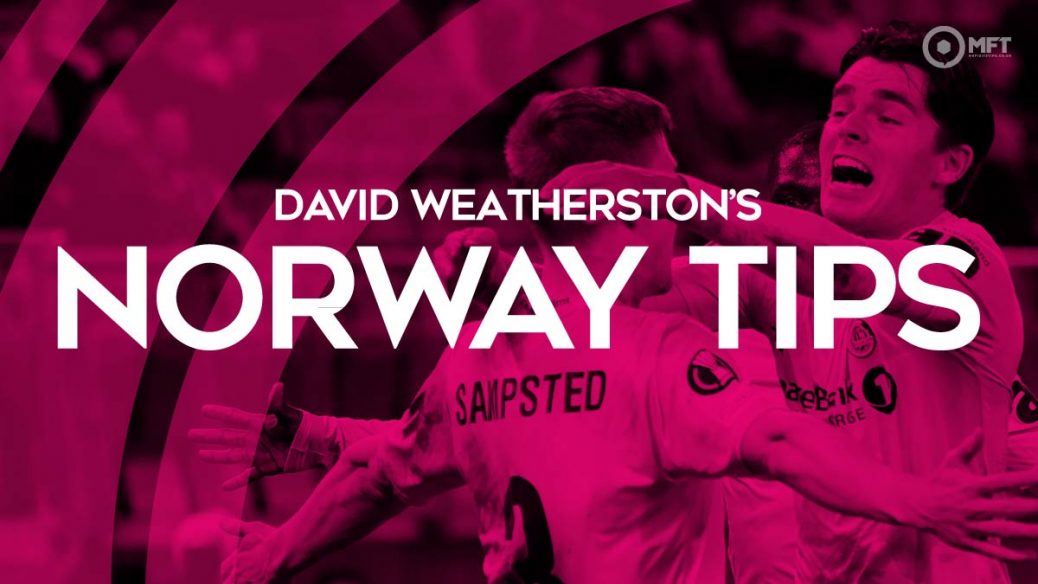 The final gameweek of Eliteserien and OBOS Ligaen before the Summer break takes place this weekend and it's a tough card in the top flight with no teams odds on to win a game, while with 3 games in a week in both leagues, so rotation and momentum could play a big part.

The first thing I notice is that there are a lot of teams away from home with prices in the region of 2/1 that, in my opinion, could be classified as favourites.

Molde have huge injury problems, and despite winning on Thursday, they welcome and slightly struggling Bodø/Glimt side who are almost full strength, have had an extra days rest, and won here last year. They know how to win big games.

Lillestrøm are top of the league and flying, winning 7 of 9, unbeaten and fresh off the derby win over Vålerenga on Wednesday they are full of confidence. Just short of 2/1, they look like quite a tasty price.

The final one is Rosenborg. They were shocking in the first half on Thursday, but were much better after the break and should start off with a similar team to that second half. 11/5 at struggling Vålerenga looks very high.

The obviously risky treble pays 27/1, with the Lillestrøm/Glimt double, which I like best, paying 7.7/1.

Jerv play against Sarpsborg on Sunday and it’s a game I fancy corners in on the tight pitch at Grimstad. The line is set at 10 corners, and it is worth taking on at 11/10 in my opinion.

I fancied Sarpsborg match corners against Molde on Thursday, but there was unfortunately only 10, 1 short of what was needed. It is the first time all season their game has had fewer than 11 corners.

So far every Jerv home games and Sarpsborg away game have had more than 10 corners, so at 11/10 to be 11 or more corners, I think it is worth taking on for something that has happened 100% of the time so far.

One other thing I quite like in this game is a goalscorer. Tobias Heintz for Sarpsborg scored against Molde, and now has 3 in 7 games from attacking midfield. He is 14/1 to score first, 9/2 to score any time. Against Jerv he should be in the box a lot, and that price is worth taking on.

A Look at OBOS Ligaen

Game of the week in the second tier is the top 2 meeting in Bergen as Brann welcome Mjøndalen. Brann can go top with a win, and although I think they will, they are incredibly short, with Mjøndalen as high as 7/1 surprisingly.

What I like in this game is both teams to score at even money. These two teams have both scored in every game so far, and both like to attack in what should be a really good game.

Third placed Start travel to third bottom Bryne on Sunday looking to get back to winning ways after two 2-2 draws in a row.

I fancy them to do that at Bryne who have just 5 points, and they will find it hard to contain Start who have scored 21 goals so far in 8 games.

It is 10/11 for Start to win, I’m more than happy to take that on, they have much more quality than their hosts.

Norway Tips for the Weekend

Here's this week's Gambla Podcast with David, Greg and Selectabet where some of the best above are discuss in more detail.