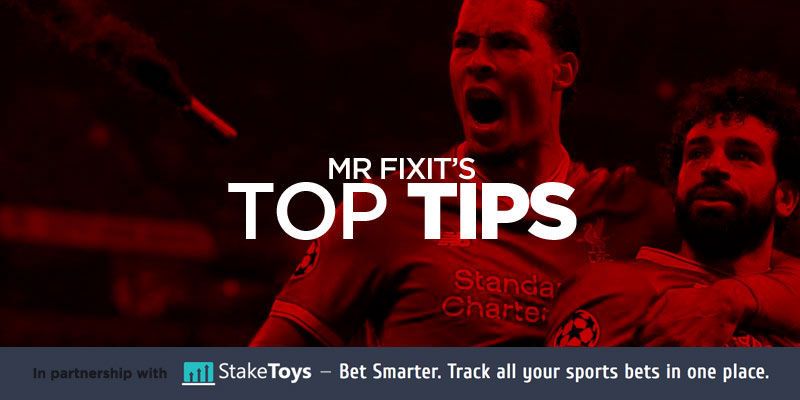 IT was a difficult day for most punters with FA Cup ties proving tough to call and plenty of shocks in Scotland.

At the outset I appealed to punters to play for low stakes and well done to any winners – I didn't see too many although HullShaker is on a great run and is targeting Sheffield Utd v Fylde today with the Blades making 11 changes.

Reading beat my Top Treble as they also made 11 changes against Blackpool, My Saturday tips have to be posted on Friday so hopefully people left them out after seeing team news. In the end Reading got what they deserved – a replay they didn't want.

There are another 11 ties today including the late ones involving Liverpool v Everton and Gillingham v West Ham. No one wants to lose a derby but Jurgen Klopp has said he'll make many changes and maccathered reckons this will be a close call with all of the main men rested.

Without the likes of Virgil van Dijk, Andy Robertson and Trent Alexander-Arnold the Liverpool defence will be tested but they have players to score such as Divock Origi and Adam Lallana so I'm going with that on a treble.

As Greg points out there were loads of goals in yesterday's ties – I had two out of three on my btts treble but was let down by Wolves v Man United late.

I'm happy to risk 1pt on another goals treble without reasoning as again most line-ups won't be the usual ones.

There are eight games in Spain and Italy and my Top Treble comes from there.

Start with the Roma v Torino game. A Roma win pays about the same as over 2.5 match goals so going with the latter after the toss of a coin. Roma have won six league games in a row at home to Torino with all going over 2.5 goals.

And both teams have saw overs come up in four of their last five matches.

Next take Real Betis +1 at an Alaves side that's lost four out of five. Betis have been beaten just once at Alaves in four so should at least pick up a point.

Conplete the treble with Sassuolo +1 at Serie A basement boys Genoa. Sassuolo have defeat at Genoa three times out of six and should avoid defeat against a side that's picked up two points in 15.

Track your bets at Stake Toys

Don't forget to track your bets today at StakeToys, where you can get a one month trail absolutely free using the code: TESTCODE