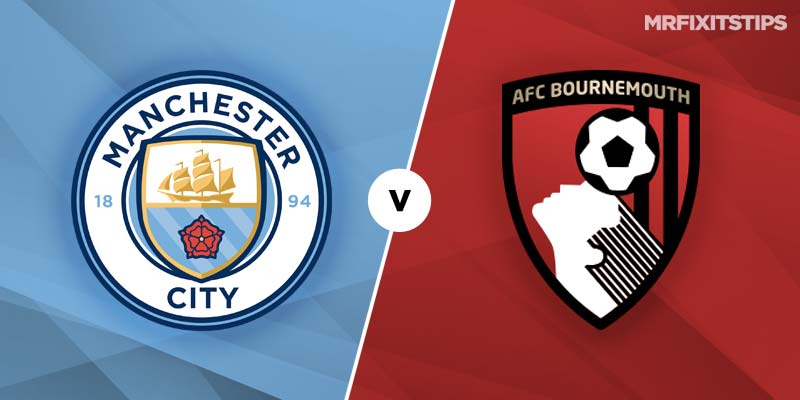 A SEASON ticket for the Etihad doesn't come cheap but you get plenty of bang for your buck.

Manchester City have been scoring for fun at home this season, bagging six goals on three occasions and five another time.

The dullest it has got on their own patch has been a couple of 2-0 wins, over Brighton and Fulham, and their last match at home was a 3-1 victory over Manchester United that could have been far heavier.

So it's probably the last place Bournemouth would want to travel as they look to arrest a three-game losing streak after a promising start to the season.

The bookies don't give them a prayer, with the Cherries 22/1 rank outsiders at 888 Sport and City 1/10 to chalk up yet another victory. Those odds are hardly appealing but a home win coupled with a clean sheet is 4/5 with 888 Sport and that is definitely worth a flutter.

Eddie Howe's men can take a little heart from the fact the champions haven't been at their brilliant best in league games after European duty.

Although City bounced back from their opening Champions League defeat to Lyon by hammering Cardiff 5-0, they haven't strolled it in the wake of other group games.

The record after those European engagements has been a 0-0 draw with Liverpool, a 1-0 win over Spurs and that 3-1 victory over United.

So the goals may not flow quite as freely as many expect, although Bournemouth aren't in the same class as those three tough opponents.

The Cherries' last four games have ended in 2-1 scorelines and a repeat with a City win is 21/2. There's not great value to be had in the total goals market with over 3.5 as short as 57/50 with 888 Sport but the handicap markets offer some interesting bets and Bournemouth plus three goals is tempting at 10/11 (888 Sport).

There could also be some value in the scorer markets as Pep Guardiola may freshen up his side after their European exertions.

A minor injury kept Gabriel Jesus out in midweek and if he's fit enough to return the Brazilian will be a good bet for first scorer at 16/5 with 888 Sport.

Talented youngster Phil Foden might be given a rare start and may be worth backing at 49/20 for anytime scorer with 888 Sport.