THE fact tickets were still available on Tuesday for this match probably tells you all you need to know about the plight of Manchester United and their fans' attitude towards Jose Mourinho and his team's recent performances.

In years gone by this fixture would have sold out weeks in advance but as United stumble from one week to the next their fans' discontent is growing.

United are three games without a league win and face an Arsenal side who continue to quietly impress under Unai Emery.

Emery pulled off arguably his best result of his short reign as Gunners boss on Sunday when they took all three points thanks to a 4-2 win in a thrilling North London derby. They'll be making the trip up north with great confidence.

888Sport make Arsenal 19/10 to win and there'll be plenty of punters wanting to get onside with the Gunners.

Mourinho's side look lost at times and you couldn't be backing them with any confidence at 7/5. The 11/10 on Arsenal draw no bet makes much more appeal.

This fixture has often thrown up some ill-tempered affairs and I'd always want a bet on Ashley Young to get booked in games like these but it turns out he's already suspended! 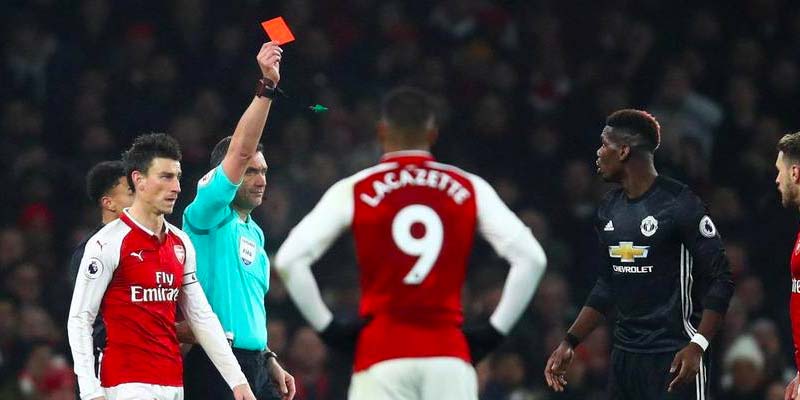 Paul Pogba saw red and another five players were booked when the two sides met this time last year.

Next most likely to go in the book is Luke Shaw but he's a major doubt after picking up a knock at the weekend. Next best to pick up a yellow is Nemanja Matic who has seen yellow five times this season and is 7/2 to be booked by referee Andre Marriner.

Marriner isn't the most prolific when it comes to dishing out cards, averaging 2.58 per game this season, but he has shown two reds in his 12 games to date. I've got a feeling it could be a frustrating night for the home side and I like the 9/5 on offer for over 2.5 cards for Man United who are averaging 2.07 yellows per match and have seen red twice.

Ashley Young is suspended for Manchester United and a raft of players ared doubts. Both Luke Shaw and Romelu Lukaku were forced off with knocks on Saturday while Phil Jones, Marcus Rashford and Chris Smalling could also miss out.

Arsenal's Granit Xhaka is suspended after accumulating five yellow cards. Also out for the Gunners are Welbeck and Monreal whilst midfielder Mesut Ozil is unlikely to feature because of back spasms.