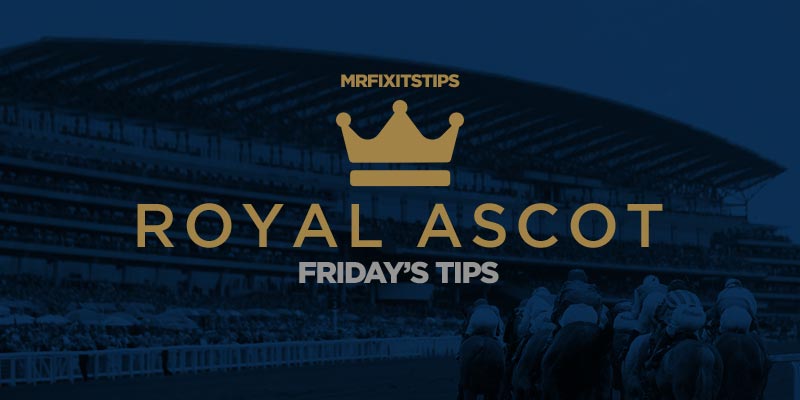 I GET the impression I will be getting a lot of people seeing what selections I have posted for the 4th day of Ascot’s tips due to having 20/1 & 33/1 winners today. I just want to say please bet what you can afford, and fingers crossed we can land a few more winners.

Yet another hard handicap to kick the day off, and there were a few in this race which I liked the look of, however I like one of the horses which is at the bottom of the weights, DANCIN INTHESTREET.

To say he was unlucky last time at Haydock is quite an understatement. Young Cieren Fallon tried finding the gap on multiple occasions, but only managed to find a wall of horses, and ultimately, he finished 3rd.

Before that race he had some useful form, mainly coming from his 5th at Wolverhampton in a Class 2. On that day he finished 3.75 lengths behind Maystar. That horse has since won a big conditions race in Qatar, and finished 2nd in a Class 1 Listed race in France. Auchterarder who finished 3rd behind Maystar at Wolverhampton has come out and won at Lingfield, beating a 90 rated Joseph O’Brien raider, who in turn has won as well.

Kondratiev Wave finished behind Dancin Inthestreet in 6th and the form he holds is strong. He has won since, finished 5th in a Listed race and finished runner-up in a Lingfield race which has some nice types in it. Going further back, he ran well on debut on soft ground, which gives me a boost in confidence that he will handle the ground if it remains on the slow side.

One I would like to mention, who looks to have a nice chance, and I would not put people off if they have more than one bet in a race is Keep Busy. Interesting to see Cieren Fallon jump ship onto this horse, and he holds some good form, could run a nice race.

I was debating not having a bet in this race as I could not seem to get my head totally around it. But I have come to the decision to back FANNY LOGAN.

Last season she was a likeable filly who was a winning machine at Class 1 Listed/G3 level. Her pedigree suggests the step-up to 1m 4f will not pose a problem and based on her performances I think it will in fact suit her.

The main question about her is whether she is good enough to win a race like this where you would have to say there are Group 1 level horses. She has raced in Group 1 company just once, and that was in the Breeders’ Cup Filly & Mare Turf race, where in my opinion the track did not suit her at all. Santa Anita is very much a speed track and favours the faster horses. She ran with a lot of credit despite having to use a lot of petrol from the wide stall to get a prominent position. She had a wide trip around the bend and ran on strongly, to finish 4th behind the likes of Sistercharlie & Iridessa.

Her recent run was not Rab Havlin’s best ride he has ever given a horse, and social media were not best pleased with it either. Despite the fact he gave the winner around a 7/8 length lead, it was a nice reappearance and she would have come along a lot from that run.

Elarqam and Anthony Van Dyck will be strong in the market as they have the Group 1 form in the book. Everyone seems to think Elarqam is wanting 1m 4f, but I am not totally convinced. If he won tomorrow it would not surprise me at all, but at the odds I think you can find better value elsewhere.

Quite a muddling race on paper, as we have not seen a few of the main horses run this season.

Golden Horde holds some very strong form which is tied in with the likes of Threat and Earthlight, which gives him the rights to be bang up there at the head of the market. Apparently, he is lighting up the gallops, but you are never going to hear negative comments from the trainer when he is in a race like this, so I would take it with a pinch of salt.

PIERRE LAPIN is a horse I really like the look of, and tomorrow we will know what type of horse we are dealing with. He is a lightly raced horse for Roger Varian, winning both of his runs in good style. He looked like a horse who would mature well over the winter months, as he was a leggy individual and had a lot of filling out to do.

He is a half-brother to the sprint king Harry’s Angel who was an absolute nutter, but when he was on song, he was a monster of a sprinter. We do not know for a fact whether he will handle the softer ground conditions, as he has only raced on Good-To-Firm, but based on his half-brother, he should be fine. Roger’s yard is absolutely flying at the moment and I have no doubt that this lad has some serious potential as a sprinter.

The Queen’s Vase is also a tough race to call, as we are dealing with horses who have never raced this far and are lightly raced. Born With Pride has become very short in the market, and I think you are mental if you are backing her at odds of 5/2 or shorter.

She was disappointing at Kempton 2 weeks ago, so you must be going off her debut form. She won on heavy ground, which is a positive for the people backing her as the ground looks to be on the soft side, and she has beaten the likes of Peaceful and Run Wild. But we do not know for a fact whether she will stay this far, so I would rather side with a horse at bigger odds and has a cracking pedigree like, NOBEL PRIZE.

I am far from confident with this selection, as I do not know whether she will stay 1m 6f. What I do know is that she is a full sister to Idaho and Highland Reel, who were both 120+ rated horses and stayed 1m 4f or further.

Her bare form is not great at all, but she looks to be a powerful stayer over a mile and handles soft ground as well. If she is meant to be a 1m 6f horse, she would not be showing great form over a mile as it is not her type of trip. It is interesting that Ryan Moore has opted for Santiago, but that does not worry either as Frankie rode Wichita to a 2nd in the 2000 Guineas in recent weeks, and Ryan picked the wrong horse on that day too.

To end the day is a tricky handicap and if I did not put this horse up and it won, it would have knocked me sick, and that horse is GOOD BIRTHDAY.

The form clearly stacks up, the only doubt in my mind is the trip. He has been tried at the trip once before and he bombed out, which is why I am prepared to give him another go. His recent return was good enough and would have brought him on in fitness for this, and he did run on and has run on strongly over 1m 2f, which makes me believe he can get this trip.