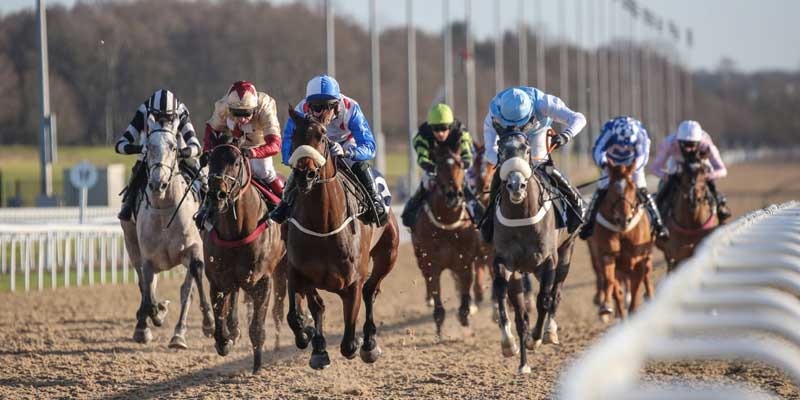 RizzelTips makes a welcome return to the site following a successful week covering the Cheltenham Festival for us here at MrFixitsTips.

He's got six selections for us, all at good each-way prices, across Saturday's cards an Newcastle and Newmarket.

Let us know your thoughts on his tips in the comments section below.

In this trappy contest, I am siding with Richard Fahey’s new recruit TADLEEL. He was previously trained by Ed Dunlop, and in my opinion, off a rating of 80 he is well handicapped (lowest-ever mark).

The form line behind Lethal Lunch is well above average. Since that race, Lethal Lunch has won and finished second in Class 2 (0-105) contests. There is a bit of pace in this race, so for a horse who has been held up in most of his races, he could easily come from off the pace late in the race.

This race is another race which is full of front runners, with the most notable candidate being the veteran Salateen. This could set it up for my selection, ALJARI, who looks to be a nice progressive horse for Marco Botti.

Newcastle seems to be his ideal location, a fast paced 7f would be what he wants. His second to Above The Rest is a good piece of form, as that horse is a previous Group 3 winner at Newcastle. Though Marco has not had a win since the return of racing, his horses have been running to form, so the break does not worry me.

Even though the races at Newmarket are good, this is probably one of the races of the day and a lot of cases can be made for most horses.

NAYEF ROAD is the one which catches my eye, especially with the jockey booking of Ben Curtis. It does not bother me that his stable jockey, Franny Norton, has taken the ride on Mildenberger, as he has ridden him the last four times. The fact that Johnston has secured the All-Weather Champ to ride his other horse is interesting as he has only ridden eight times for the most winningest trainer.

Other than this, Nayef Road steps up to 2m which looks sure to suit. His third in the St Leger behind Logician reads well, and with the extra two furlongs to run tomorrow, it will suit his stamina laden pedigree. Also, as a 4yo he is still open to a lot of improvement, and he will love a fast pace around this galloping track, which looks a guarantee.

To kick off the 2000 Guineas day at Newmarket, there is a scorching hot 5f sprint handicap.

A horse I have put up on my twitter before, where he was beaten into second by a neck, and is my selection for this race is, VENTUROUS. This 7yo has been unlucky over the last few seasons in the big sprint handicaps, especially towards the back end of the 2019 season.

He finished a neck second at Goodwood, after hitting the front with a furlong to go at odds of 16/1. He was then drawn on the wrong side in the big Curragh handicap sprint, where he finished 7th to Buffer Zone. On that day he came behind Make A Challenge who nearly won the Group 1 race on Champions Day at Ascot, and he finished 3 lengths behind Gulliver, who has won twice since.

Dropping him back to 5f on a stiff track like Newmarket looks to be a great idea as he will be strong in the dip, especially with a strong pace, the stronger stayers over 5f will come to the fore.

I have seen people saying that this is one of the strongest 2000 Guineas in recent years, I would have to disagree.

PINATUBO is the favourite at odds-on, and there is no doubt in my mind that if he has progressed from 2 to 3 then he wins this easily. On ratings, he was the best 2yo ever, rating higher than the likes of Frankel. His 2yo season was breathtakingly impressive, he did not look beaten in any of his races, and if his frame has matured then we could be watching one of the best horses in the history of the sport.

However, at odds of 4/5 or shorter I cannot be advising to back him at these odds, unless you can find a horse to put in a double.

The EW bet for me in the 2000 Guineas is MUMS TIPPLE. Before his flop in the Grade 1 at Newmarket, he was the hype horse that everyone was speaking about. I can forgive his run that day as the vets did confirm he returned lame, so a line can be put through that run. Before that, his run at York was visually impressive, and there is not a doubt in my mind that this horse is talented and at odds of 50/1, he looks a great EW bet.

He is one of the pace angles, so there should be no bad luck in running, and Richard Hannon is a quality trainer at targeting horses for big races. The fact he was lame in his only defeat, but still managed to finish four lengths behind Earthlight is quite remarkable. If he won on that day, he would be close to 5/1 for this race.

To close the day out at Newmarket, I think that NATE THE GREAT looks too well handicapped to ignore. Since his last run he has swapped stables to the Andrew Balding yard. Andrew’s yard is on fire at the moment, and he has had many winners since the return of racing in the UK.

Nate The Great is rated 95, which puts him on his lowest mark he has ever raced off (previously being rated 102). He has course experience, where he finished 3rd in a Class 1 Listed race behind the Aidan O’Brien horse, Norway. Since then he has been disappointing, but still running with a decent amount of respect, such as four lengths behind Anthony Van Dyke in the Derby trial in 2019.

This race is miles easier than what he has been racing in. Since late 2018, he has been racing in Patent company, and tomorrow he races in a Class 2. With the form of the yard going well (28% SR), and the potential change of scenery, he could prove too hot to handle for these handicappers.