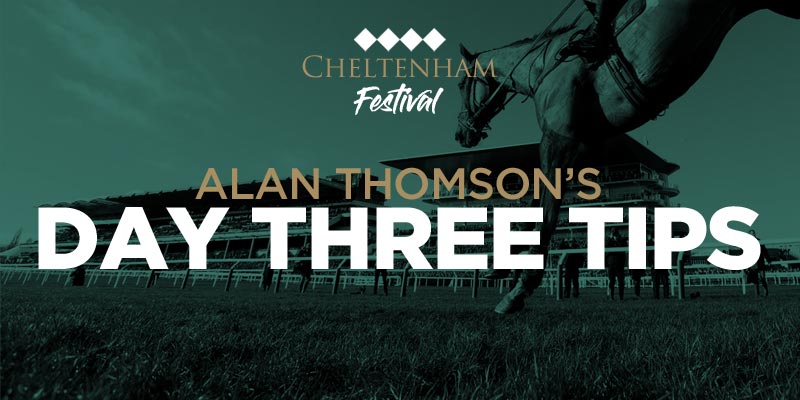 FOUR winners yesterday put a smile back on my face. Let's hope we can continue that kind of form in to Thursday.

DEFI DU SEUIL (1.30) is just preferred to Lostintranslation in another tip-top renewal of the JLT Novices’ Chase.

Philip Hobbs stripped him at Exeter for his first run of the season in November and Defi Du Seuil ran out a fairly comfortable winner from yesterday’s RSA Chase hero Topofthegame. His six-year-old was edged out after a titantic battle with Lostintranslation at Cheltenham before avenging that defeat, albeit narrowly, at Sandown.

It could develop into another thrilling head-to-head, with Mengli Khan capable of hitting the frame at decent odds if repeating his excellent third to Summerville Boy and Kalashnikov in last year’s Supreme Novices’ Hurdle run on heavy ground.

The six-year-old scored twice at Cheltenham in October/November before being upped in class. His third to Paisley Park at Haydock was a big effort and First Assignment hasn’t been spotted since occupying the same place behind Keeper Hill at Warwick in January. The slight concern would be heavy ground, but it was quite deep when he scored at Huntingdon last January.

JP McManus always lays one out for this event and Sire Du Berlais caught the eye when staying on into sixth, the final qualifying position for today’s final, at Leopardstown’s Christmas festival.

Joseph O’Brien’s Thermistocles finished three places in front of Sire Du Berlais but was ridden much more aggressively. There is little between the pair on the book.

I’ve had MONALEE (2.50) pencilled in for the Ryanair Chase for some time as this intermediate 2m 5f distance is right up his street.

He has twice finished runner-up at the Festival, chasing home Penhill in the 2017 Albert Bartlett Novices’ Hurdle and then Presenting Percy in last year’s RSA Chase. Monalee races exuberantly, which taxes his stamina over three miles, and he showed his liking for this shorter trip when beating Anibale Fly a couple of lengths over 2m 4f at Gowran Park, conceding 7lb to the runner-up, with 25 lengths back to Edwulf and Killultagh Vic.

Henry de Bromhead’s eight-year-old has won on soft, so what’s not to like?

Of course, this is a strong event and the likes of Footpad, Road To Respect, Frodon and Un De Sceaux are entitled to maximum respect in what should be a crackerjack.

In an earlier post, PAISLEY PARK (3.30) was underlined as a banker for the Sun Racing Stayers’ Hurdle and his price has collapsed in the interim. There’s not much juice left in odds of around 15-8 but he remains the one to beat.

If you’d rather scramble around for an each-way alternative then Supasundae appears rock solid. Jessica Harrington’s gelding was second to Penhill last year and scooped the Coral Cup 12 months earlier, so we know he goes well at Prestbury Park.

JANIKA (4.10) will revel on this easy surface and the four-time winner in France should give us a great run in the Brown Advisory & Merriebelle Stable Plate. Nicky Henderson had him entered for the Ryanair Chase but this less daunting 2m 4f handicap chase is tailor-made for the top weight.

It would be no surprise to see consistent Doitforthevillage run well at big odds, just ahead of Ballyhill and Kalondra.

EPATANTE (4.50) has won both her starts for the Henderson yard since crossing the English Channel and she should land fairly skinny odds in the Mares’ Hurdle. After winning on her UK debut at Kempton in November, Epatante mopped up an easy opening at Exeter in February, never coming off the bridle.

She faces a battle-hardened opponent in Posh Trish, successful on four of her five starts this season for Paul Nicholls.

ANY SECOND NOW (5.30) should carry a wealth warning as he has let down punters on a couple of big occasions. Ted Walsh’s gelding was 5-1 favourite for last year’s Close Brothers Novices’ Handicap Chase but managed only eighth to Mister Whitaker.

Blinkers made a difference at Leopardstown over Christmas when Any Second Now finished a creditable fifth in the Paddy Power Chase and the aids are on again today.

No Comment and Touch Kick were also on my rather lengthy shortlist but you can’t bet them all!