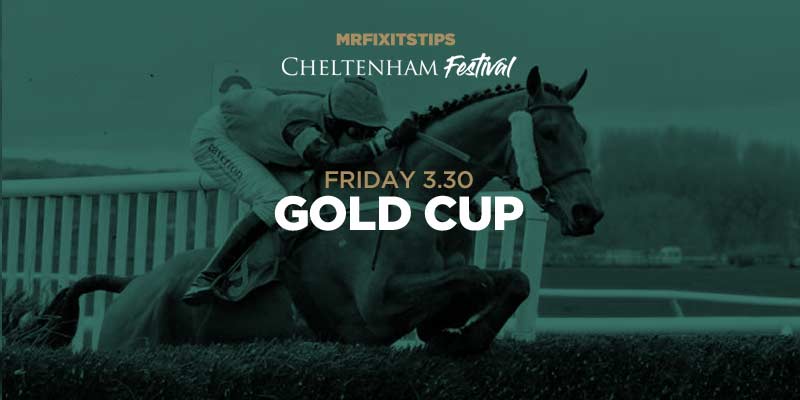 THE big race of the week and the pinnacle of jumps racing for many is the Cheltenham Gold Cup.

It’s so hard to win and you don’t get many multiple winners of the race. Even the best staying chasers struggle to stay up the Cheltenham him after a pacy 3 miles 2 furlongs.

The top horses in the market can all have a case made for them.

Al Boum Photo is the previous winner, Delta Work is so consistent and classy as a chaser and is a previous festival winner and Santini has shaped like a solid staying chaser. They all have claims and I can write any of them off but there is only one boy I want to be with for this.

I think the 2020 Gold Cup is going to be won by PRESENTING PERCY, one year on from his disappointment as favourite for the race.

He was found to be lame that day and his prep was awful so I think we can write that off. His form this season has been better and he just hasn’t been finishing off his races.

I am hoping that is because he is being saved for the big day by connections. He is a huge price at 12-1 given his previous Cheltenham Festival exploits and he will hopefully be carrying my money to victory up the hill.

There might be money for him late on with emotional support from idiots like me so get on early. Betfair and Paddy are offering 4 places and are 12-1 so that will do nicely.

In a wide-open Magners Gold Cup, SANTINI (3.30) can dig into his deep reservoir of stamina to ward off reigning champ Al Boum Photo.

The eight-year-old was narrowly denied in last year’s RSA Chase won by Topofthegame, and Santini jumped impeccably back at Cheltenham last time when landing the Cotswolds Chase.

Al Boum Photo has had his ideal prep for steeple-chasing’s blue riband, scoring with plenty in hand at Tramore on New Year’s Day, and seems certain to make a bold attempt to emulate Best Mate and win back-to-back renewals.

Delta Work bolsters Ireland’s formidable assault and he pinged back to his very best when landing the Savills Chase and Irish Gold Cup.

Kemboy is well held on that form and hasn’t impressed with his jumping.

Clan des Obeaux goes well fresh and was superb in landing the King George at Kempton. Paul Nicholls has been at pains to give him an easier build-up after only a fair fifth last year.

I've changed my mind on this several time over the last few months. I originally was in the Al Boum Photo camp, as he won this race last year with no fuss whatsoever and he's been campaigned the same way this year, so he must have a great chance of retaining his crown.

But after thinking about it, I don't think the race he won last year was a vintage renewal and he could've been flattered by his win, as Kemboy departed very early on and when they both met again at Punchestown, Kemboy beat him by 2 lengths.

As for Kemboy, this season his jumping has let him down massively, and that's a big enough reason for me to not back him. He's been beat by Delta Work two times this season, and I can't see him reversing that form.

I then thought Delta Work was the horse for me, but he eventually got outstayed in the RSA last year and the Gold Cup is 2f longer than the RSA so I'm siding with SANTINI who will definitely see out the trip.

He arrives at Cheltenham in good form, and will be nice and fresh for this race, and there's no doubting his stamina. If his jumping holds out then he's got a cracking chance.