Wednesday 16 March  |  Age: 4yo+ | Prize: £75,964
The Ballymore Novices Hurdle is a Grade 1 National Hunt hurdle race, open to horses four years and older who are novices (meaning they hadn’t won a race over hurdles prior to that season), the Ballymore Novices’ Hurdle is run on the Old Course over a distance of about two miles and five furlongs (2 miles 5 furlongs). 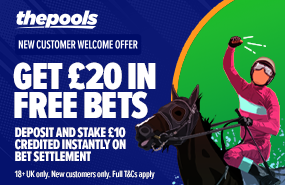 The opening race of Day 2 is the Ballymore Novices’ Hurdle, which in recent years has been won by a hot favourite, who everyone knew before the race would win. Similar things apply to this year with SIR GERHARD being the odds-on shot this time around, but I’m not totally convinced by him, which might sound daft. I think connections have chickened out a little by avoiding the Supreme, and instead opted for the easier race of the two, which you can’t really fault.

However, I think if this lad rocked up in the Supreme, he would’ve ran well (probably not won, seeing how fell Constitution Hill won). He recorded a quicker time at Leopardstown than the Irish Champion Hurdle winner, Honeysuckle, so he is all about speed. You have contrasting opinions about this horse and what trip he is better suited for.

Barry Geraghty was vocal about him going to the Ballymore, as it was a penalty kick. Whereas Tom Segal (Pricewise) of the RacingPost said he should go for the Supreme, as his pedigree and his times suggest he is a speed horse. I think he is better over shorter, but this is a fairly weak race, and you’d have to say he is the one to beat.

💰 Get a £10 RISK-FREE Bet on today's Cheltenham Treble: 🏇 Sir Gerhard, 🏇 Shishkin & 🏇Tiger Roll. If it loses we'll give you your money back. ➡️ Click here to get started.

The main hope from the British side is in the hands of Paul Nicholls’ progressive 6yo, STAGE STAR, who has done nothing wrong in the lead up to the Festival and looks a fairly straightforward horse. He won a couple of easy races before winning the Grade 1 Challow at Newbury, but the form hasn’t really worked out, and the Challow isn’t really a race which produces Festival winners during the same season.

Thyme Hill is the only horse in the last ten years who won the Challow and went on to win at Cheltenham in the same year, but with that being said, many have ran well including Champ and Bravemansgame. I know connections really like this horse, but I’m not totally convinced by him, and I’m not sure what his best trip is, as he does have a lot of pace, but does look like he could go up in trip as well. Each Way player, but he won’t be getting my money.

THREE STRIPE LIFE has run in some good races, including finishing runner-up to Mighty Potter (runs in the Supreme on day 1) and more recently finishing behind Sir Gerhard in the Leopardstown festival a month ago. People seem to think that he will improve for this step up in trip, but I’m not convinced, he’s not really looked like a stayer to my eye, as he hasn’t really been hitting the line hard in any of his races, including his Champion Bumper 4th from last year.

That race, also won by Sir Gerhard, was ran at a slow pace, so you’d expect him to be tapped for speed, but if he had stamina in abundance, he’d be powering up the hill, but he wasn’t and he was even passed by Elle Est Belle who flew past him to grab 3rd, so for me he’s a no go, even as an EW player.

💰 Don't forget to enter our Cheltenham Tipster Competition today. There's £350 of prizes to be won and daily prizes for the best tipster

For me, the player in this race is JOURNEY WITH ME, who has a lot more ability than what we’ve seen from him so far. The races which he has won haven’t been run to suit, as he looks a thorough stayer at this trip, but on he previous two runs he has had to make the running at some point as the pace on offer wasn’t strong enough, especially last time out where the first half mile was a total crawl.

He didn’t win as emphatically as you’d like at Naas, for a 4/11F, but the pace was terrible, so the fact he did win under those conditions showed the class he has. The maiden hurdle he won the time before has started to look better (hopefully a lot better with Kilcruit running in the Supreme on Monday) with Minella Crooner running a big race at Leopardstown Festival, finishing runner-up in a Grade 1 race, with horses in that race looking like big players in the Albert Bartlett.

Henry De Bromhead isn’t having a great time of things, and that has been the story of the season, but his horses will be spot on for this week and the way he campaigned this horse, is very similar to Bob Olinger who won this race last year. From the get-go connections must’ve thought this was a good horse.

Henry doesn’t have many bumper runners, and he doesn’t book Patrick Mullins very often, so the fact he did for this horse on his bumper debut is quite significant. Patrick has won four time from 13 rides for HDBH with a further two being placed. He rode Bob Olinger and Minella Melody on their bumper runs, and they all won the same bumper race at Gowran Park.

Ideally, there will be a fast pace set in this race, so this lad’s stamina will come to the forefront, but looking through the race, I can’t really see much, unless the Mullins horses decide to go forward. If not, then I can see Rachael going from the front and making it into a real stamina test. I think this horse is better than what people think, and he is a dark horse in this.