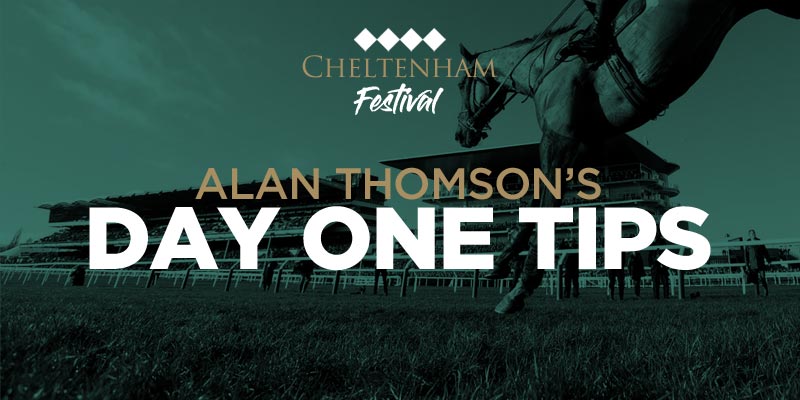 THE wait is over, Cheltenham Festival 2019 is here and Alan Thomson is on the case with a race-by-race guide to the day one action.

FAKIR D’OUDAIRIES (1.30) can kick-start a vintage Cheltenham for the Irish by landing the Sky Bet Supreme Novices’ Hurdle curtain-raiser.

With the Festival clearly in mind several months ago, Joseph O’Brien sent Fakir D’Oudairies to Prestbury Park on January 26 for the Triumph Hurdle Trial on the back of a smart Cork success. He duly bolted up by 13 lengths from Fine Brunello and Adjali.

The gelding had scored on soft/heavy at Cork, so testing conditions shouldn’t present a difficulty. O’Brien has heavily-supported Triumph Hurdle favourite Sir Erec in the yard, also owned by JP McManus, hence the reason for Fakir D’oudairies being switched to the Supreme. As the only four-year-old in the field, he receives a generous 8lb allowance from all his rivals.

Dangers abound and there was a plunge on Klassical Dream earlier this week. He holds Vision D’honneur (ran too free, now tried in a tongue-tie) on Leopardstown form but there shouldn’t be much between that duo. With William Hill going a ridiculously-generous seven places, there is huge scope for each-way punting. Get your betting boots on.

The Arkle Trophy can occasionally cut up quite badly but a healthy 12 runners line up for a very open encounter. Having backed Lalor ante-post I’m looking for another string to my bow with the ground turning testing and HARDLINE (2.10) fits the bill for Gordon Elliott and Davy Russell.

The seven-year-old was handed a stiff task in a Grade 1 at Leopardstown last month when asked to concede 7lb to talented British raider La Bague Au Roi. Hardline ran a perfectly respectable third on ground a bit on the fast side and the Gigginstown entry has plenty of winning form on soft/heavy. He looks a decent each-way price if not taken off his feet by the anticipated fast pace.

Give Me A Copper has been the talking horse for Paul Nicholls and Sir Alex Ferguson In the 3m 1f Ultima Handicap Chase, but with 26 runners declared I’ll swerve the favourite in favour of MISTER WHITAKER (2.50).

The Channon-trained gelding edged out Rather Be as a novice chaser at last year’s Festival and is now 15lb higher. Normally that would be enough to put me off but his tremendous track record, plus this step up in distance, offers plenty of each-way encouragement.

Unsurprisingly, Mister Whitaker could never lay a glove on Cyrname at Ascot last time but a repeat of his running-on fourth to Baron Alco and Frodon in the BetVictor Chase here in November puts him in the mix under Brian Hughes.

As mentioned in an earlier column, APPLES JADE (3.30) gets the vote in a fascinating Unibet Champion Hurdle. In my book there are only three runners – defending champ Buveur D’air, Laurina and Apple’s.

Buveur D’air was more impressive in beating My Tent Or Yours in 2017 than last year when mastering Melon by a neck. He looked good when whipping a below-par Samcro in the Fighting Fifth at Newcastle but Buveur D’air was surprisingly upended by stablemate Verdana Blue at Kempton before seeing off Vision Des Flos at Sandown in workmanlike style. He has to give 7lb to the mares Apple’s Jade and Laurina, so he’ll be a very worthy triple champion if successful.

Apple’s Jade was visually much more convincing with her emphatic Irish Champion Hurdle victory at Leopardstown. Taken straight to the front, she was slick over her obstacles and had no trouble putting clear daylight between herself and the pursuing pack led by Supasundae.

Laurina has bossed some inferior mares but remains unexposed at this level. She is a grand, imposing horse and makes plenty of each-way appeal if you’re not in the camp of either of the big two.

According to the market, Benie Des Dieux is already passed the post for Willie Mullins and Ruby Walsh in the Grade 1 Mares’ Hurdle. She had half a length to spare over Midnight Tour last year and hasn’t been seen for 318 days.

At each-way odds stablemate LIMINI (4.10) makes some appeal. She won here over two miles in 2016 and has been keeping top company, most lately running a creditable fourth to Presenting Percy at Gowran Park. It was three miles that day and this intermediate 2m 4f trip on deep ground would be ideal.

There has been a persistent whisper for Riders On The Storm in the Close Brothers Novices’ Chase, with Tom Taaffe booking Brian Hughes for his lightly-raced six-year-old. He likes to bowl along and front-runners have a good record in this event. HIGHWAY ONE O ONE (4.50) is another potential pacemaker and should put up a good show, despite top weight.

Chris Gordon sent him to Carlisle in November where he took the notable scalp of Dolos on soft ground. Highway One O One gained valuable Cheltenham experience in late January when chasing home Kildisart and it may pay to race near the front, and out of trouble, in a field of 22 runners.

OK CORRAL (5.30) was selected in an earlier column for the four-mile National Hunt Chase and the favourite can provide JP McManus with another winner in one of his favourite races. His colours should also be carried prominently by Jerrysback at a bigger price.

Philip Hobbs has campaigned him at around 2m 4f and Jerrysback may well improve for this greater stamina test. He had the speed to chase home Vinndication at Ascot before Christmas and is a tasty ew price.