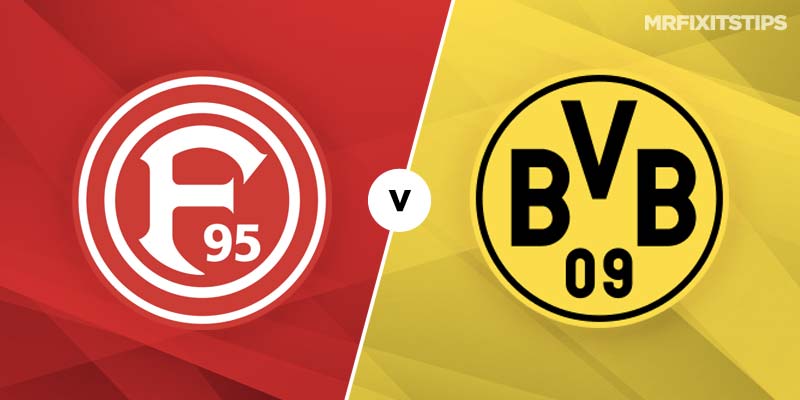 FORTUNA climbed off the bottom of the Bundesliga with a first win in four at the weekend and now attempt to take the scalp of the table-toppers.

It's a tall order as Dortmund are flying, nine points clear and still unbeaten after 15 games. Their away form is impressive with five wins and two draws and they're 1-2 at 888Sport to rack up another three points here.

Dusseldorf's 2-0 win over Freiburg on Saturday was their first home clean sheet of the campaign and a much-needed victory although it still leaves them in the relegation play-off spot.

They've found it a struggle in their first season back in the top flight since 2013 although  the 3-3 draw away to Bayern Munich and 4-1 home trouncing of Hertha Berlin are memorable highlights.

On their own patch Fortuna have won three and lost five. Two of those victories have come in the last three home games and while the 23-4 at 888Sport for a Dusseldorf win and 10-3 for the draw won't attract much interest they're capable of getting on the scoresheet against a Dortmund side who've conceded in four of seven away outings, with btts paying 4-6.

Four of Dortmund's last five road trips have featured three or more goals, with Lucien Favre's men winning them all, so take an away success and over 2.5 strikes at even money.

The league leaders have a frightening array of attacking talent all weighing in with goals, including England wonderkid Jadon Sancho who has netted five times in the league and racked up five assists despite making just nine starts.

Only four teams have shipped more than Fortuna's 12 goals at home and Dortmund to net in both halves looks decent value at evens.

Paco Alcacer tops the Bundesliga scoring charts after netting his 11th of the season in Dortmund's 2-1 home win over Werder Bremen on Saturday and the Spaniard is averaging a goal every 40 minutes.

Marco Reus, also on target the weekend, is just one goal short of Alcacer's tally and also hits the penalties so consider the Germany international to net for the third time in four games.