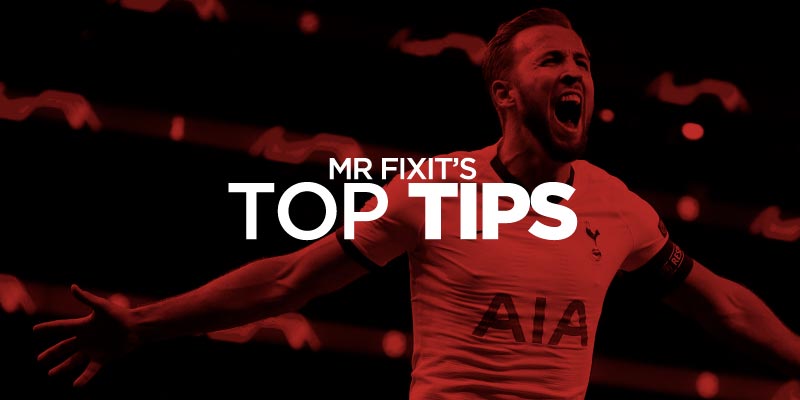 LIVERPOOL dropped their first points at home all season on Saturday and no doubt took thousands of coupons up and down the country down with them.

As short as 1/4, the Reds would have been on plently of lines but motivation to break points records is only fraction of that required to win trophies so they're probably best left out of accas from here until the end of the season.

Man City didn't have any such trouble in dispatching Brighton by goals to nil and are purring along nicely ahead of their assault on the FA Cup and Champions League as they attempt to complete a Cup Treble. KevMac called it right with his City to win to Nil (13/10) prediction and for a goal to be scored from outside the box at 13/10.

He also scored a nice Super Single in his English Preview, predicting West Ham's win at Carrow Road, which in hindsight looks a huge price at 21/20. He also added a Both Teams to Score double at Watford v Newcastle and Derby v Brentford.

Other winners included MrFixit who got a nice treble up at 4/1 and our VIP Bet of the Day was successful with Atletico Madrid to win and Under 4 Match goals.

The North London Derby is the pick of Sunday fixtures in England. Only a point separates the two sides but it's been Arsenal who have impressed the most since the restart. The bookies can barely split them with Spurs at 17/10 and the Gunners at 13/8.

We've previews for another four Premier League matches on Sunday so don't miss those;

If you've not already listened to this week's Gambla Podcasts then they're still worth a listen as Greg's is looking to Super Sunday in Belarus with a range of bets across three matches in the Football Podcast. He and Selectabet were also joined by David Weatherston for another Bonus Norwegian Podcast with most games taking place on Sunday and Monday.

Thommo is back at one of his favourite courses on Sunday and takes us through five races in the card at Hamilton Park.

Keep an eye out for MrFixit's Tips in the comments section as he continues his recovery. Best of luck for your bets on Saturday!